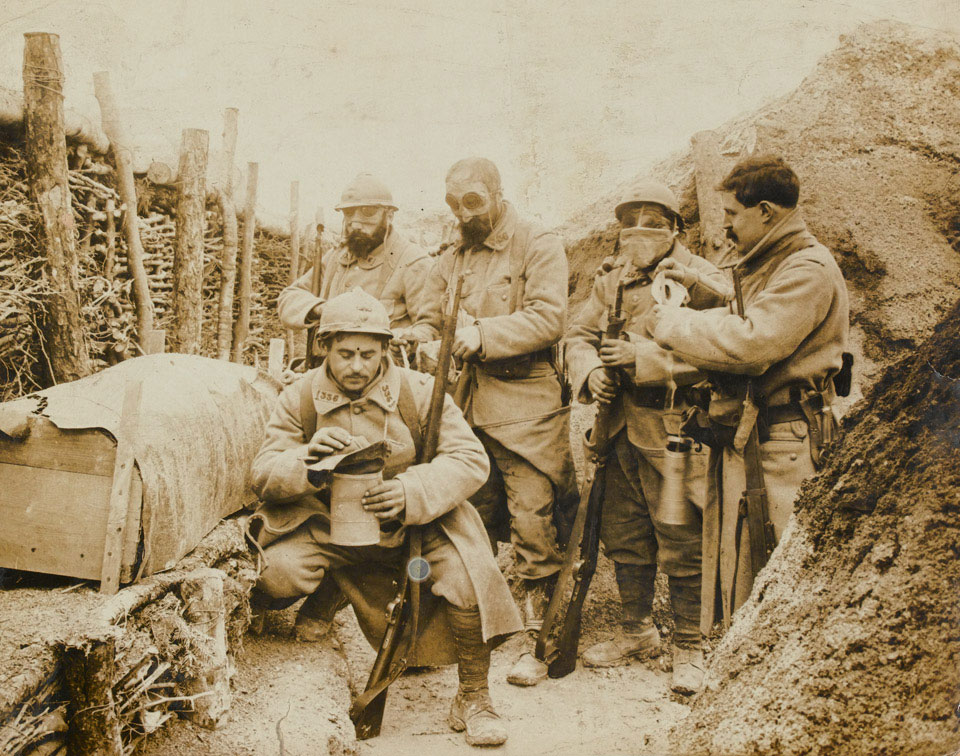 The Germans first used gas against the French during the capture of Neuve Chapelle in October 1914 when they fired shells containing a chemical irritant that caused violent fits of sneezing. In March 1915 they used a form of tear gas against the French at Nieuport. These early experiments were but a small taste of things to come and as the war progressed all sides developed ever more lethal gases including chlorine, phosgene and mustard gas.