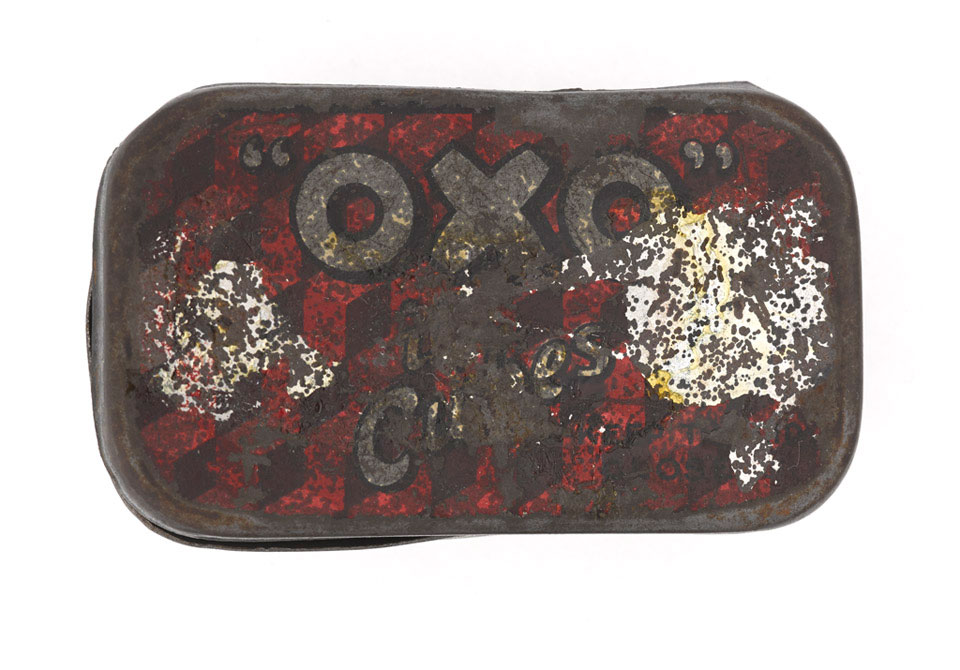 Private Stephen Palmer served with The Queen's Royal West Surrey Regiment during the First World War (1914-1918). Sometime in 1915, one of Stephen's brothers sent him this tin of Oxo as a gift. Soldiers serving on the Western Front also received Oxo in their ration kits. They would dissolve the cubes in hot water to make a warming drink. Oxo also featured among luxuries sent from home, along with cigarettes and tea.

The tins could even be re-used to keep letters and souvenirs safe from the wet conditions in the trenches. But Stephen had more reason than most soldiers to be thankful for his Oxo tin. He kept it in his breast pocket. And, miraculously, it ended up stopping a bullet and saving his life.