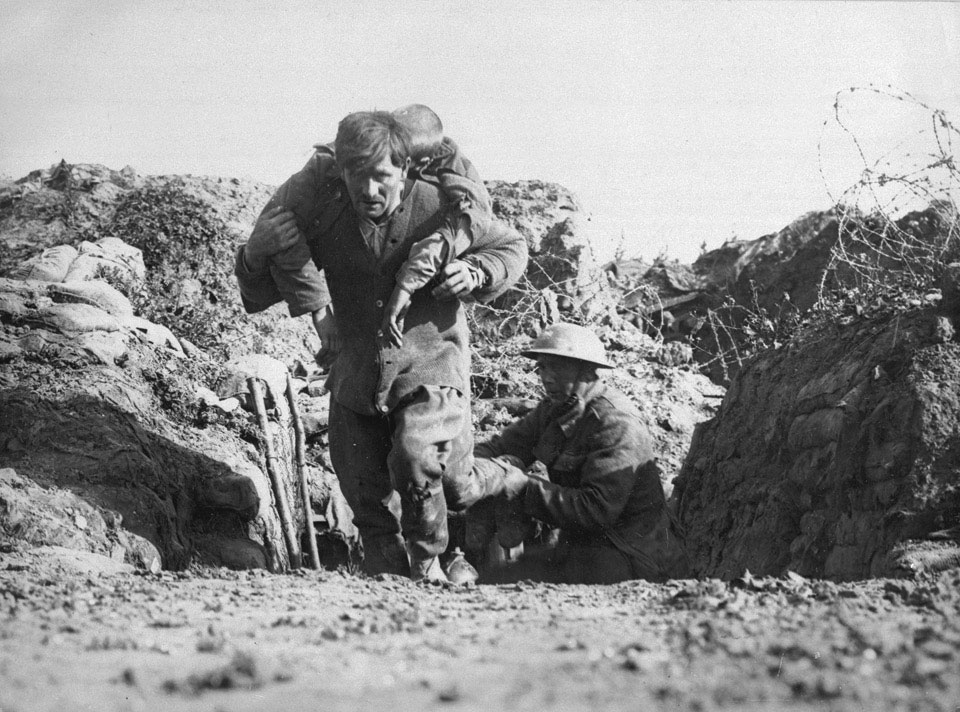 Bringing in a wounded man of the 29th Division after the assault at Beaumont Hamel, 1 July 1916

The heavily fortified village of Beaumont Hamel on the Somme was attacked by the British 29th Division on 1 July. The assault was beaten off by the German defenders and 223 officers and 5,017 other ranks from the 29th Division were killed or wounded. The village was finally captured by the 51st Division on 13-14 November 1916.