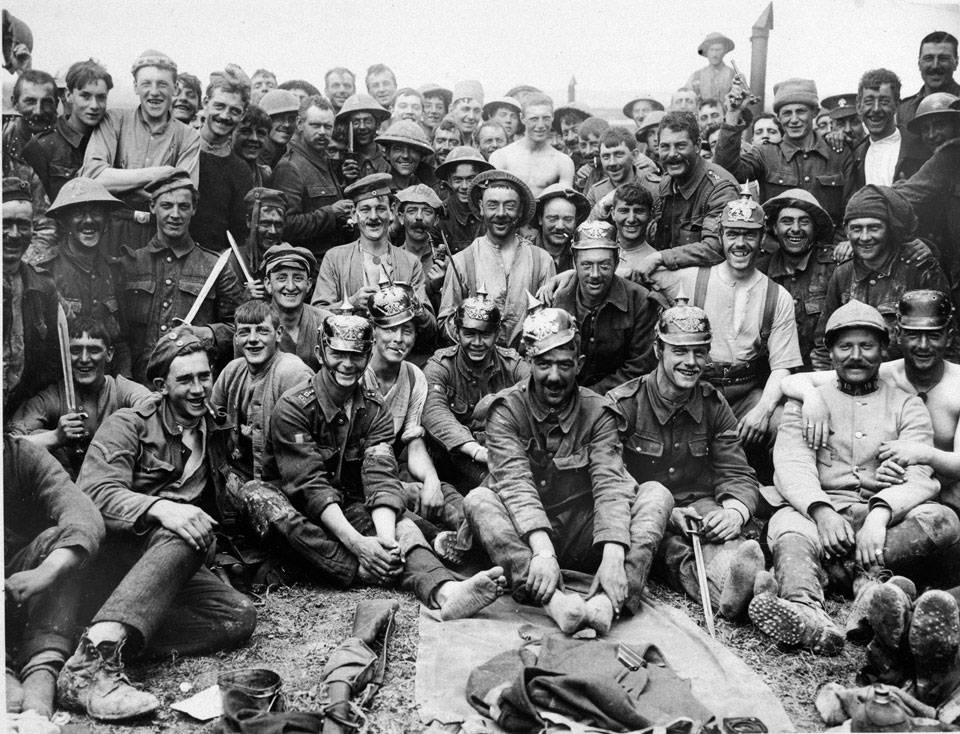 Soldiers from 13th Battalion, The Royal Fusiliers, rest after their attack on La Boisselle on the Somme. Several display German helmets and bayonets captured as trophies. Originally an objective for 1 July, fierce German resistance meant that the ruined village was not captured until 5 July. This was after several attacks that all resulted in heavy losses.