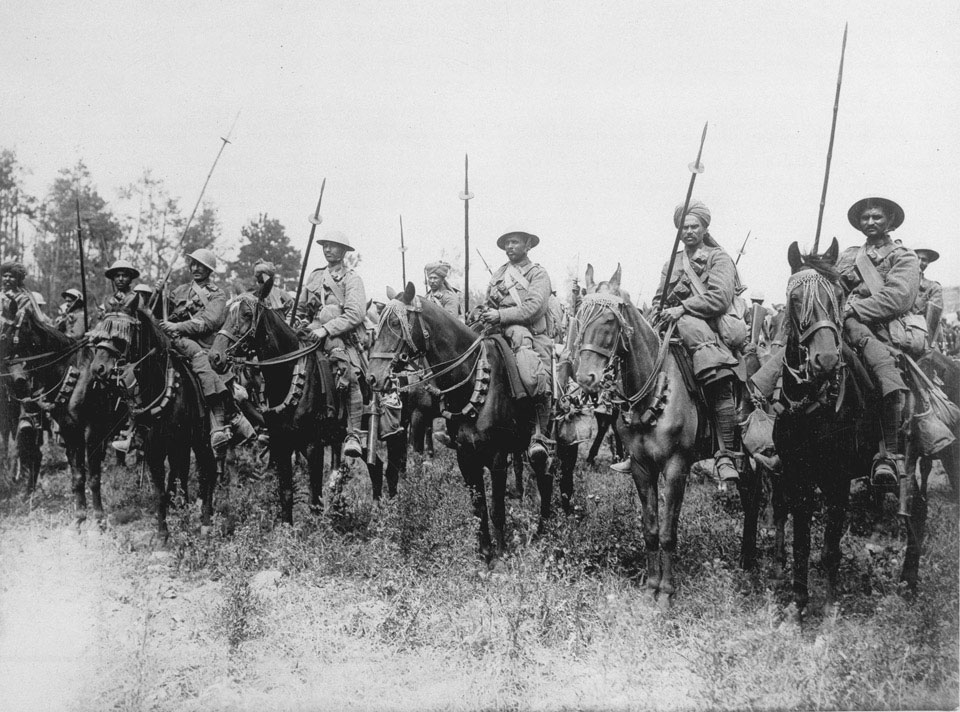 Indian cavalry await the order to advance on the Somme, 14 July 1916

In October 1914 an Indian Corps, including cavalry units, arrived in France. While the infantry were withdrawn to Mesopotamia in December 1915, most of the cavalry remained on the Western Front until 1918.

This photograph depicts the 20th Deccan Horse, part of the 2nd Indian Cavalry Division, in Carnoy Valley shortly before their unsuccessful attack at High Wood on 14 July. Together with the 7th (The Princess Royal's) Dragoon Guards, they suffered 102 casualties and lost 130 horses.