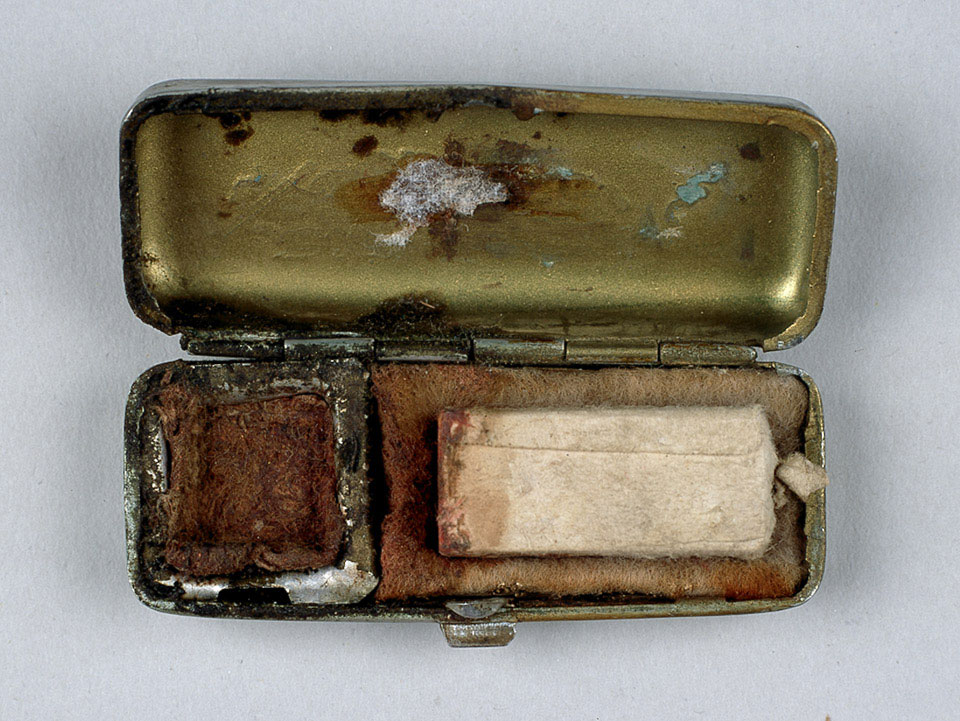 Inscribed with Chinese characters translated into, 'Young Wing King', this stamp was found in a box with an ink pad on Hill 227 in Korea in January 1951 by a member of the King's Shropshire Light Infantry (KOSLI). The latter regiment shared the distinction, alongside the King's Own Scottish Borderers, of undertaking the longest period of service by a British regiment during the Korean War (1950-1953). The KOSLI lost 64 officers and men killed during the campaign.