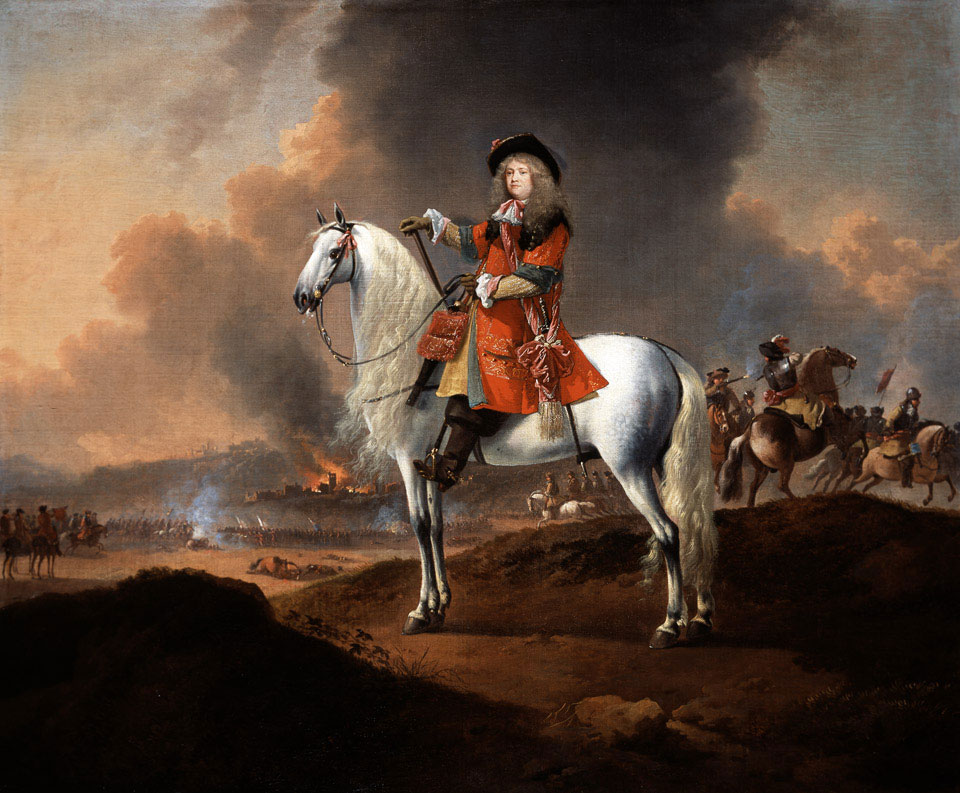 In one of the earliest colour representations of a regimental uniform of King Charles II's Standing Army, Colonel Egerton wears the uniform of an officer of the King's Troop of Horse Guards (later the Life Guards).

Egerton fought on the Royalist side in the Civil Wars of Britain (1639-1651), commanding his own regiment of horse. A captain at the Battle of Edgehill in 1642, he rapidly gained promotion and by 1645 he was a major-general. The following year he surrendered Ludlow Garrison to a Parliamentary force and was later implicated in various royalist conspiracies for which he was sent briefly to the Tower of London.

After the Restoration of the monarchy in 1660, Egerton became lieutenant and Lieutenant-Colonel in the 1st King's Troop of Horse Guards. In 1666, he raised one of eight troops of 'Select Militia' under the Duke of Richmond. From 1661 to 1679, he was also the Member of Parliament for Staffordshire.

The action in the background of this painting is thought to represent a battle from the 3rd Dutch War (1672-1674). Though no evidence survives to confirm that Egerton took part in this campaign, it is probable that he joined the force of 50 men selected from each of the three troops of the Horse Guards who went with many gentlemen volunteers on active service in the Low Countries. Egerton continued to serve with the regiment until his death on 20 October 1681. He is buried in Westminster Abbey.