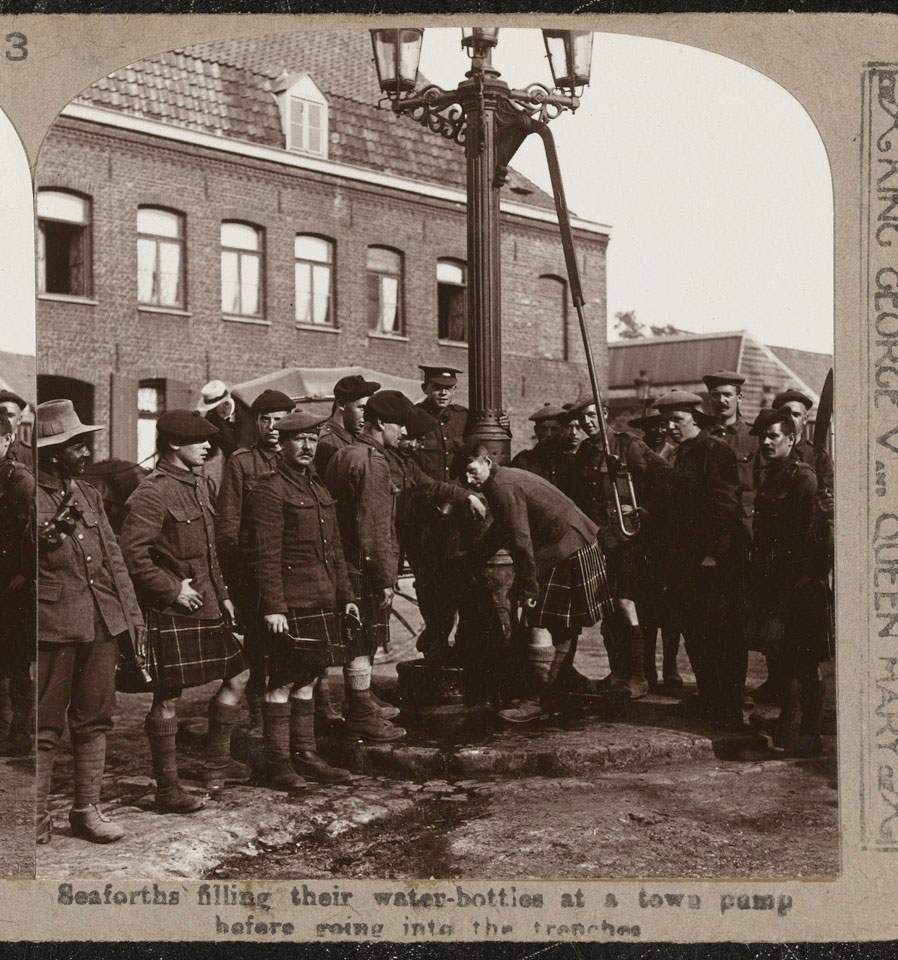 'Seaforths filling their waterbottles at a town pump before going into the trenches', 1915 (c)

Kilted soldiers of the Seaforth Highlanders (Ross-shire Buffs, The Duke of Albany's) fill their canteens from a town street pump topped with street lamps.

During the First World War The Seaforth Highlanders (Ross-shire Buffs, The Duke of Albany's) expanded with its two regular and three territorial battalions being supplemented with the raising of many more reserve and service battalions.

Stereographs consist of two identical photographs paired in such a way that when seen through a special viewing instrument, a stereoscope, they appear as a three-dimensional images. The photographs were mounted on thick card that was given a slight curvature to increase the illusion of depth.