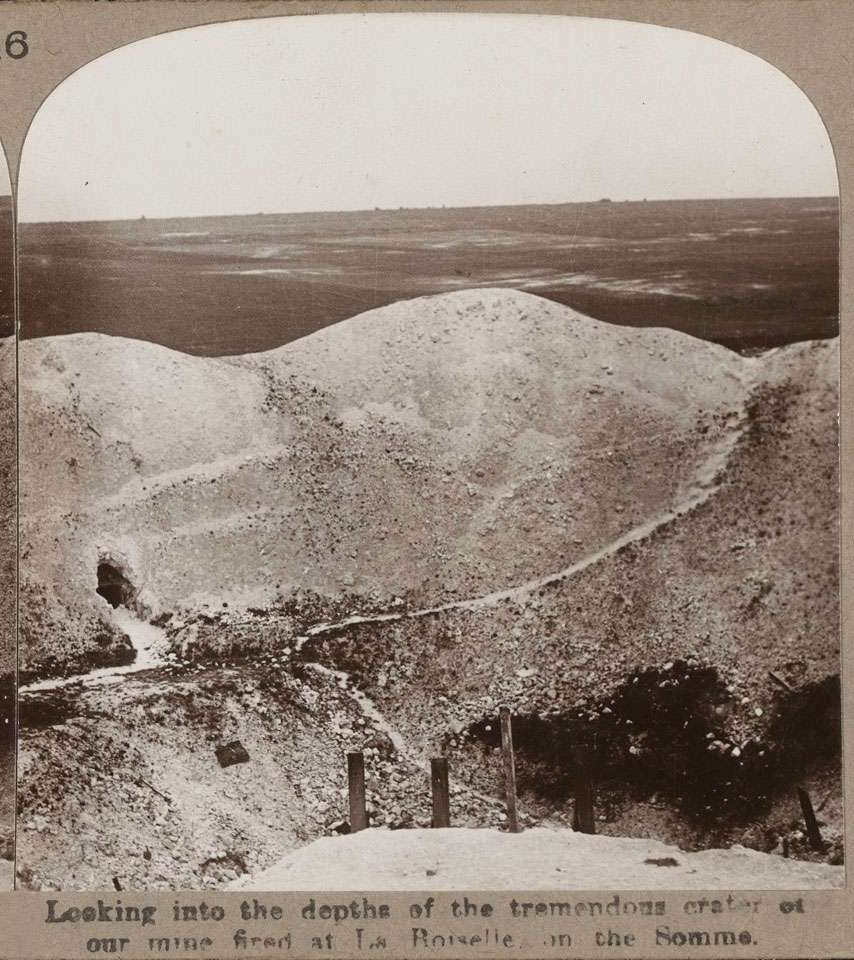 'Looking into the depths of the tremendous crater of our mine fired at La Boisselle on the Somme', 1916 (c)

On 1 July 1916, a few minutes before the 34th Division attacked on the Somme, the British exploded two huge mines packed with explosives under the German lines at La Boisselle. The mines were dug at Y-Sap in Mash Valley and Lochnagar in Sausage Valley. Although many of the defenders were killed by the explosions, the delay in starting the advance meant that the men were unable to keep up with the artillery barrage that was supposed to take them through to the German trenches. This gave the Germans time to scramble out of their dugouts once the barrage had lifted, man their trenches and open a devastating machine-gun fire that cost the 34th Division around 6,500 casualties.