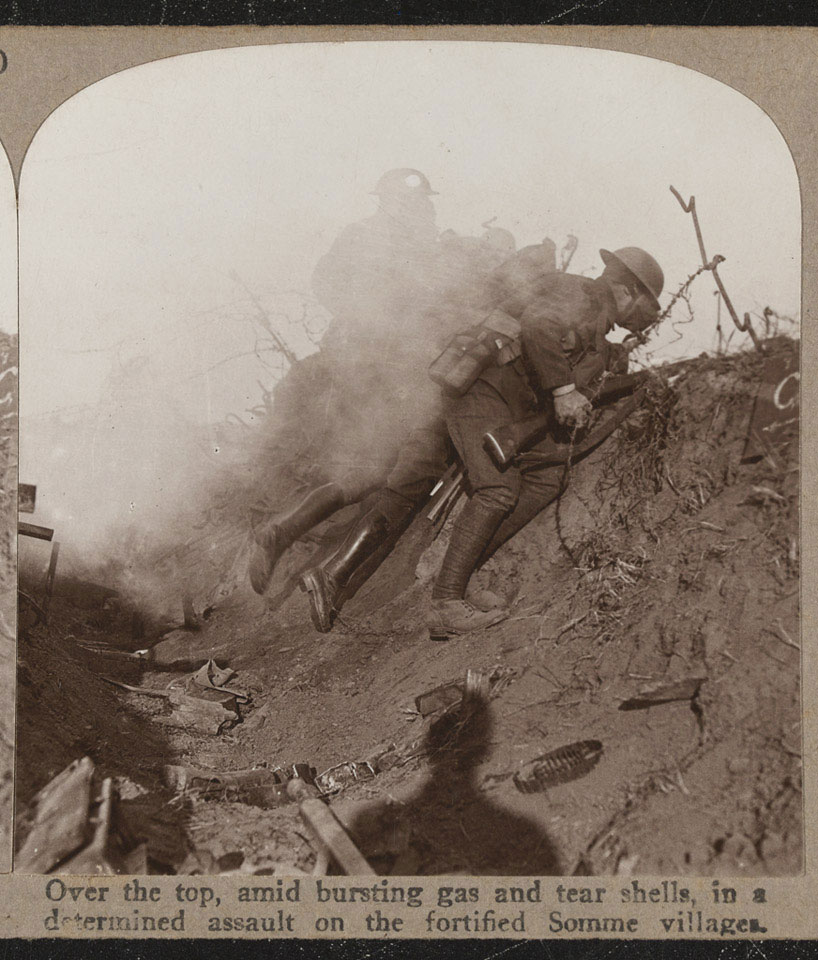 'Over the top, amid bursting gas and tear shells, in a determined assault on the fortified Somme villages'

Stereoscopic photograph, World War One, Western Front (1914-1918), 1916. While photographers were active at the Front, many scenes were staged for film and still photography.

At 7.30 am on 1 July 1916, 14 British divisions attacked on the Somme. In most cases they were unable to keep up with the artillery barrage that was supposed to take them through to the German trenches. This gave the Germans time to scramble out of their dugouts once the ineffective barrage had lifted, man their trenches and open fire. General Sir Douglas Haig's infantry were welcomed by a storm of machine-gun, rifle and artillery fire and suffered nearly 60,000 casualties during the day. Although the French had made good progress in the south and there had been some local successes, in most places the attack was a bloody failure.

Stereographs consist of two identical photographs paired in such a way that when seen through a special viewing instrument, a stereoscope, they appear as a three-dimensional images. By 1899 the photographs were mounted on thick card that was given a slight curvature to increase the illusion of depth.