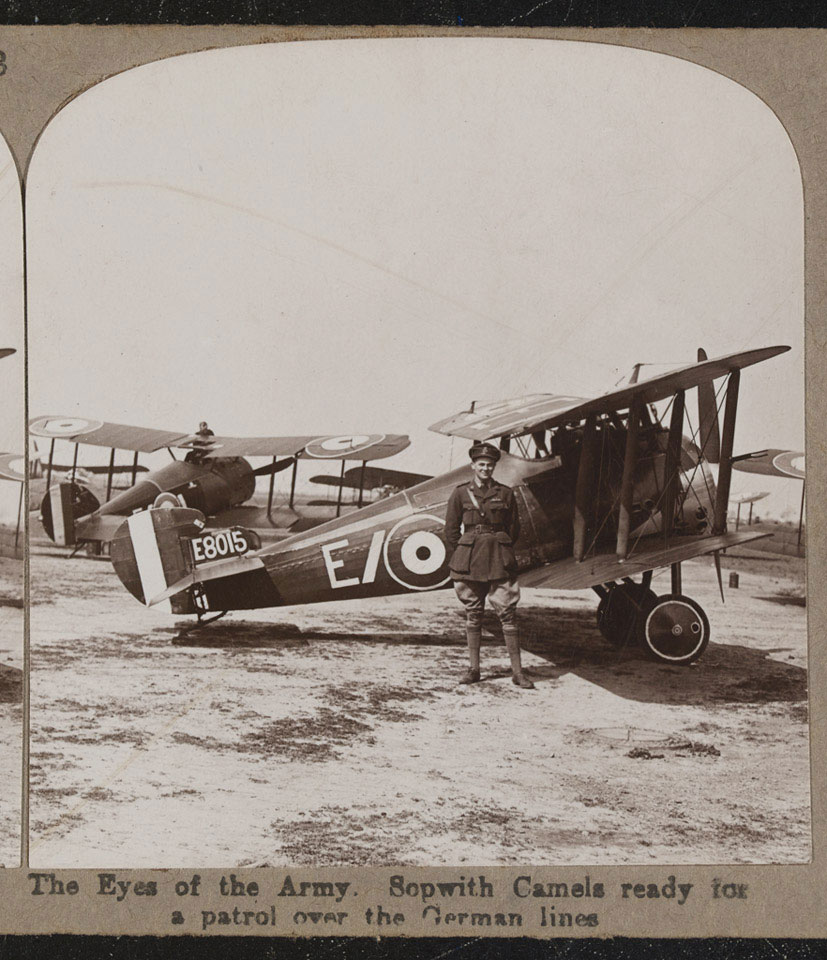 'The Eyes of the Army - Sopwiths ready for a patrol over the German lines', 1918

This image depicts a Sopwith Snipe of 43 Squadron, Royal Air Fore, with Lieutenant E. Mulcair standing in front. This squadron, based at at Fienvillers in France, was one of the first to be equipped with the new fighter, which replaced its Sopwith Camels in August 1918.