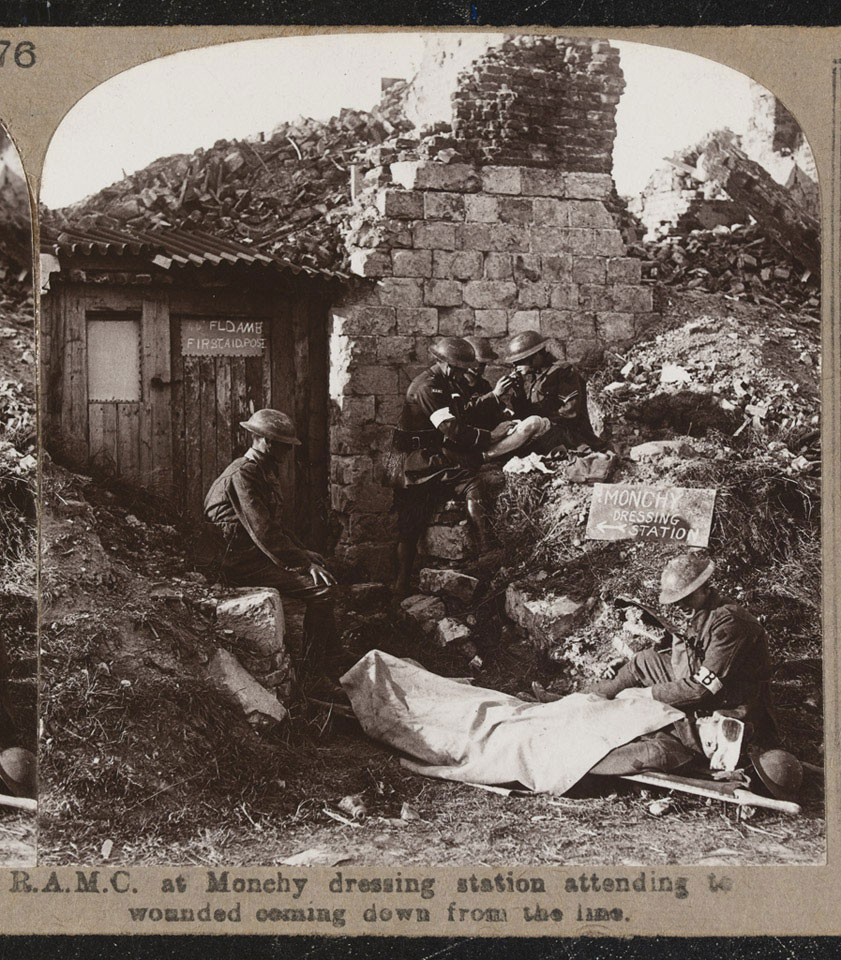 'RAMC at Monchy dressing station attending to wounded coming down from the line', 1917

Wounded men would be sent back to an Advanced Dressing Station (ADS) after receiving an initial diagnosis at their front line Regimental Aid Post (RAP). The ADS was normally run by a Field Ambulance and was better equipped than the RAP, but could still only provide limited medical treatment. More serious cases would be referred to a Casualty Clearing Station (CCS), a larger and better-equipped facility that normally provided medical care for an entire division.