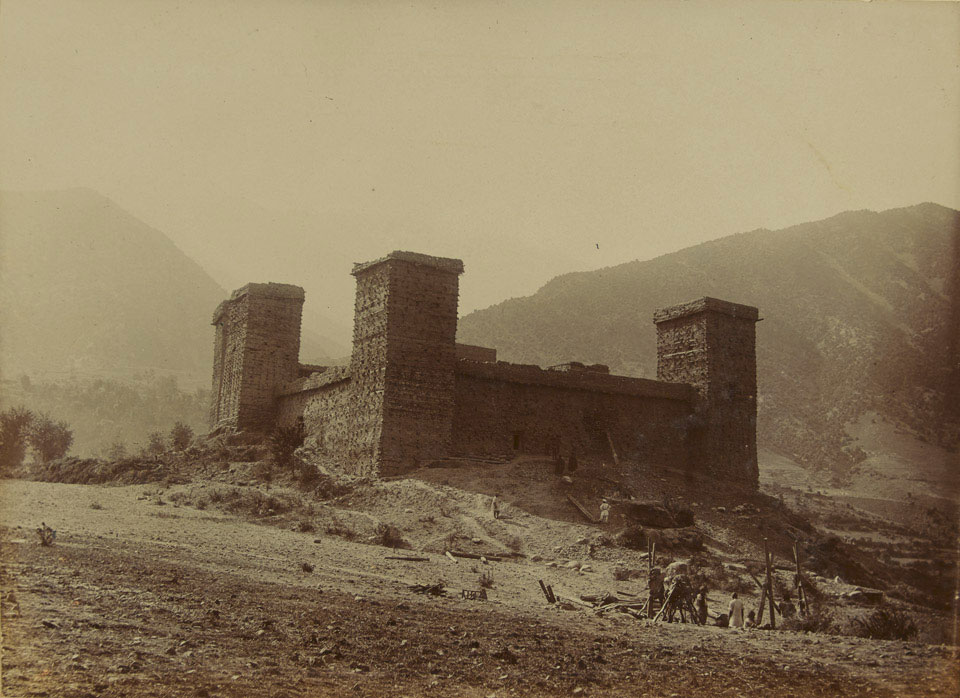 The fort at Chitral, roughly 65 metres square, with a tower on each corner, was the scene of an epic siege in March 1895. The British had sent a force there from Gilgit under the command of the political agent Surgeon Major George Robertson to oversee the transition of power in Chitral after a ruler was murdered. His endeavours were unsuccessful and an uprising began. It was led by Umra Khan, a Pathan chief from Bajour who used the succession crisis as an excuse to interfere in Chitrali affairs. Robertson and his men retreated to the fort which was promptly besieged by local tribesmen. After six weeks a relief column led by Major General Sir Robert Low rescued the 350 Indian troops at the isolated fort.