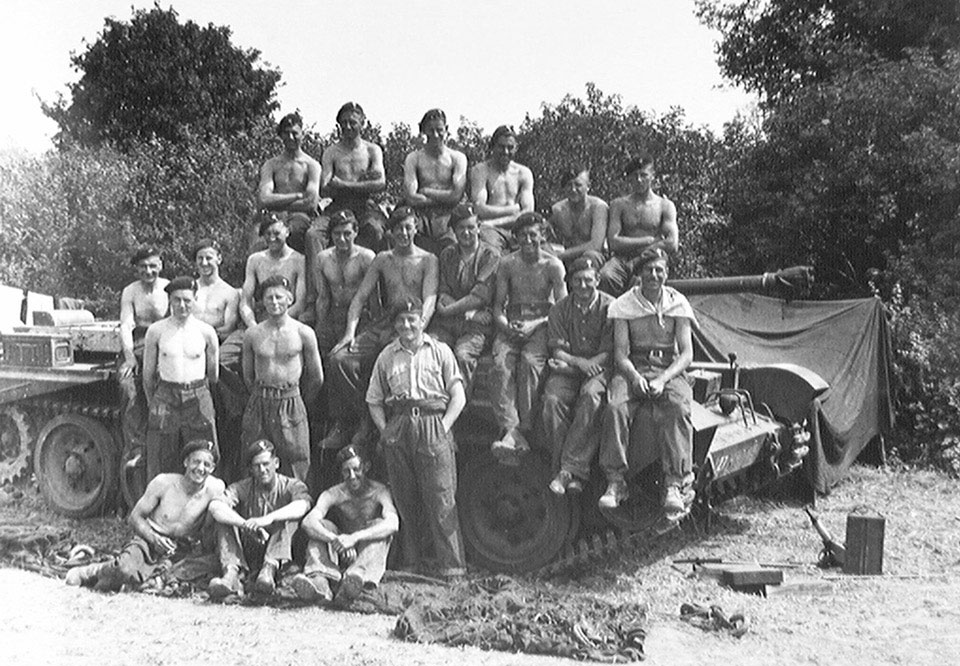 Members of 2nd Battalion, The Welsh Guards, gathered around a Cromwell soon after arriving in Normandy, 1944

2nd Battalion was originally an infantry unit but later converted to an armoured role, becoming the divisional scouting and reconnaissance unit of the Guards Armoured Division. This division landed in France on 29 June 1944 and fought its way across North West Europe. It participated in many of the Normandy breakout battles, Operation MARKET GARDEN, the advance on and subsequent crossing of the Rhine, and the drive into Germany itself.

From a collection of 47 copy photographs from originals taken by Lieutenant Anthony Upfill-Brown, 2nd Battalion, Welsh Guards, during the campaign in France, Belgium, Holland and Germany, 1944-1945.