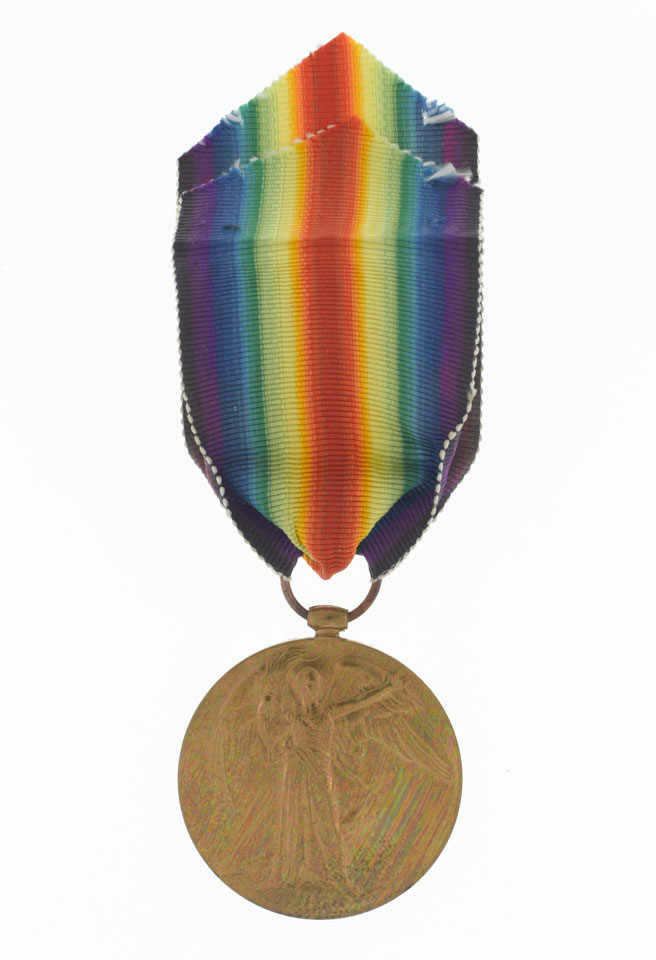 Circular, bronze medal designed by William McMillan with a figure of Winged Victory holding a palm branch on the obverse. On the reverse, the inscription, 'The Great War for Civilisation 1914-1919', within a laurel wreath. The medal is suspended from a double rainbow coloured medal ribbon.