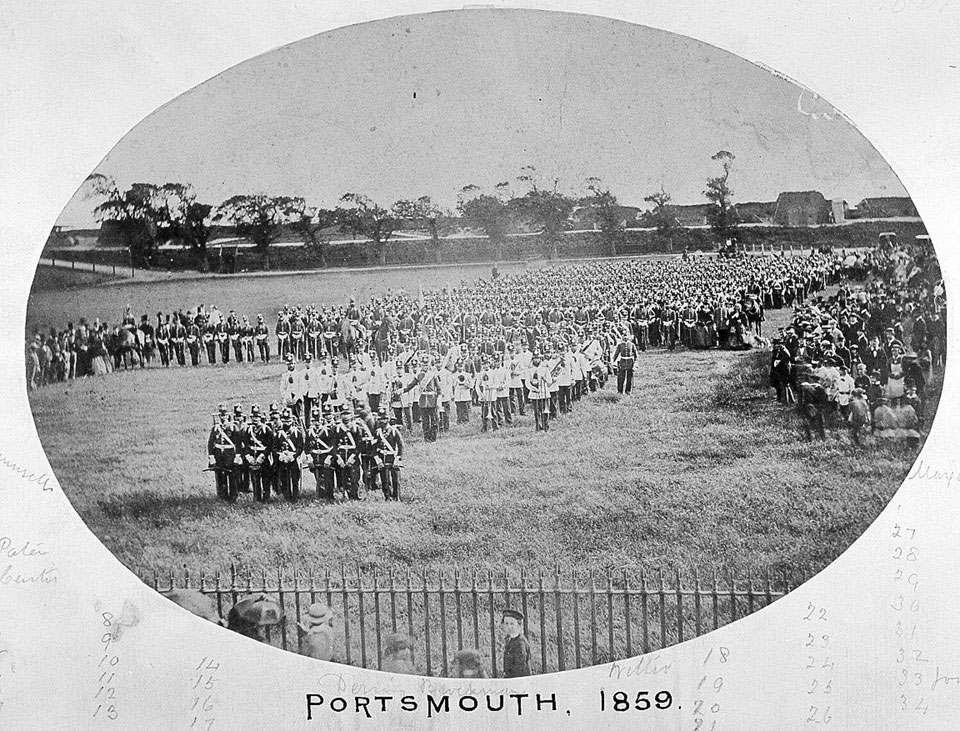 In wartime, the militia could be embodied for permanent service. The East Kent Militia were embodied at Portsmouth in 1859. No longer a counterweight to the smaller standing army, the militia played an increasingly supplementary role.

The day-to-day demands of the the British Empire and crisis events in the 1850s had shown that the appropriate strength of the regular army had been underestimated. During the Crimean War (1854-56), 61 militia regiments were embodied to fill the gaps at home, and new legislation allowed some 33,000 militiamen to enter the army.

Resentment at prolonged embodiment brought drunken brawls in a number of affected towns along the south coast and elsewhere. Moreover, yolunteer and yeomanry units could not be used for anything except home defence without special legislation and had the right to resign with only 14 days notice, which caused difficulties of discipline and resentment from regular soldiers, some of whom considered the militia to be an unmanageable rabble.

The prolonged period of embodiment around the Crimean War and Indian Mutiny in the 1850s had a detrimental impact on the militia in the later nineteenth century because of a constant drain of men to the army, and their replacement with ever-younger recruits of increasingly lower status. The number attending the annual training camp was substantially reduced in 1859, and by 1898 it was calculated that for every 20 men recruited into the militia, seven enlisted into the army, four deserted, five were discharged and four completed a full term of militia service.