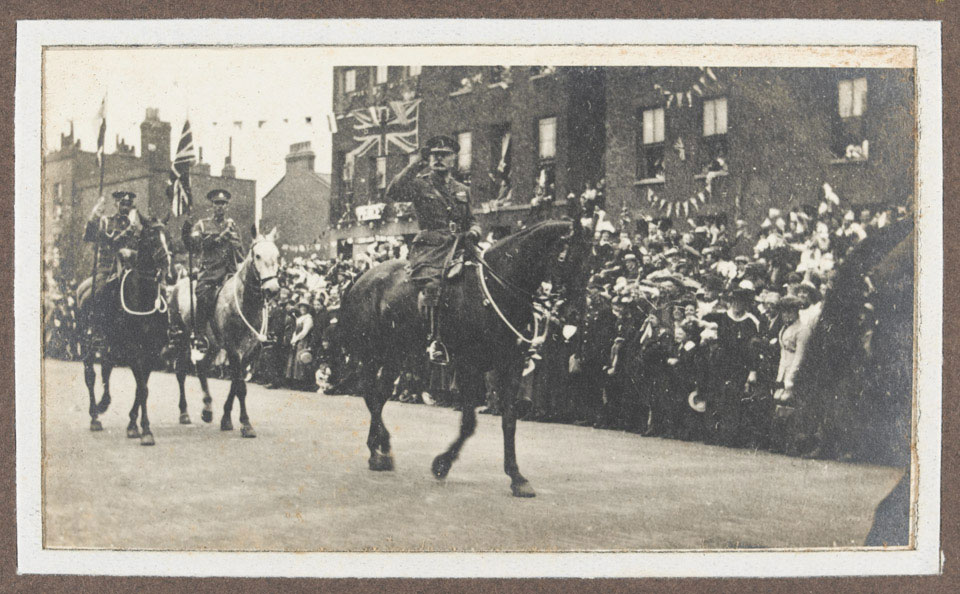 In Britain, peace was celebrated on 19 July 1919, with a Victory Parade in London as the main event. A camp for troops taking part was set up in Kensington Gardens, while thousands of civilians flocked to the capital for the festivities. Nearly 15,000 servicemen took part in the parade, led by Allied commanders Field Marshal Sir Douglas Haig and Marshal Ferdinand Foch.

From an album compiled by Admiral Horace H Jalbert, while he was stationed in London serving as a Lieutenant with the US Navy, 1919.