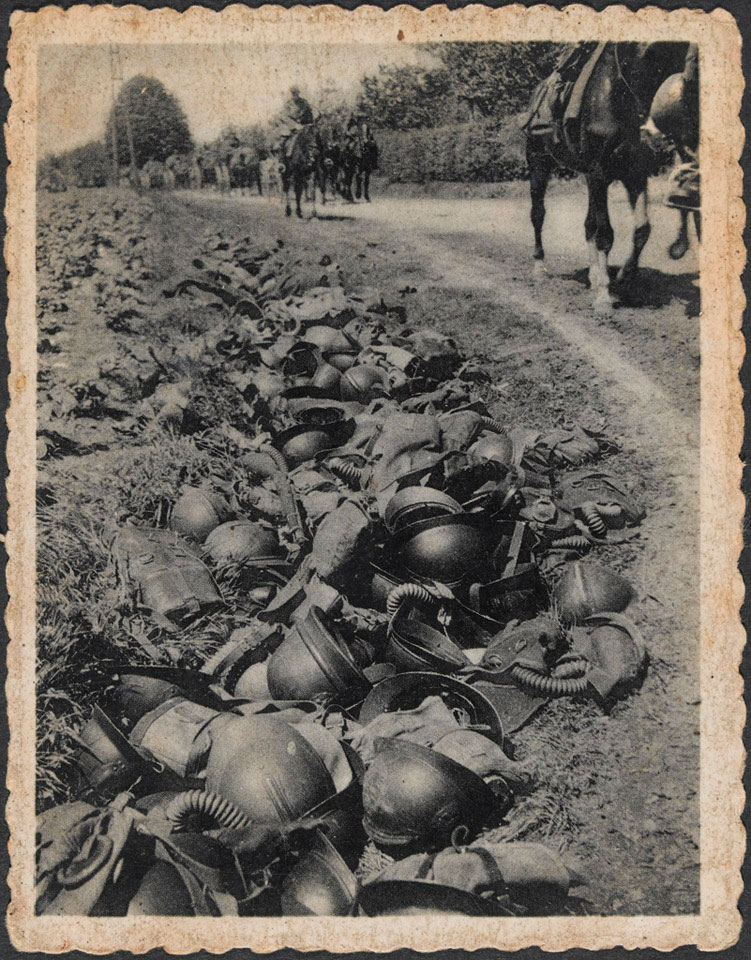 In late May and early June 1940 outflanked Anglo-French forces retreated towards the beaches at Dunkirk. Fighting a series of rearguard actions en route they were forced to abandon much of their equipment to the advancing Germans.