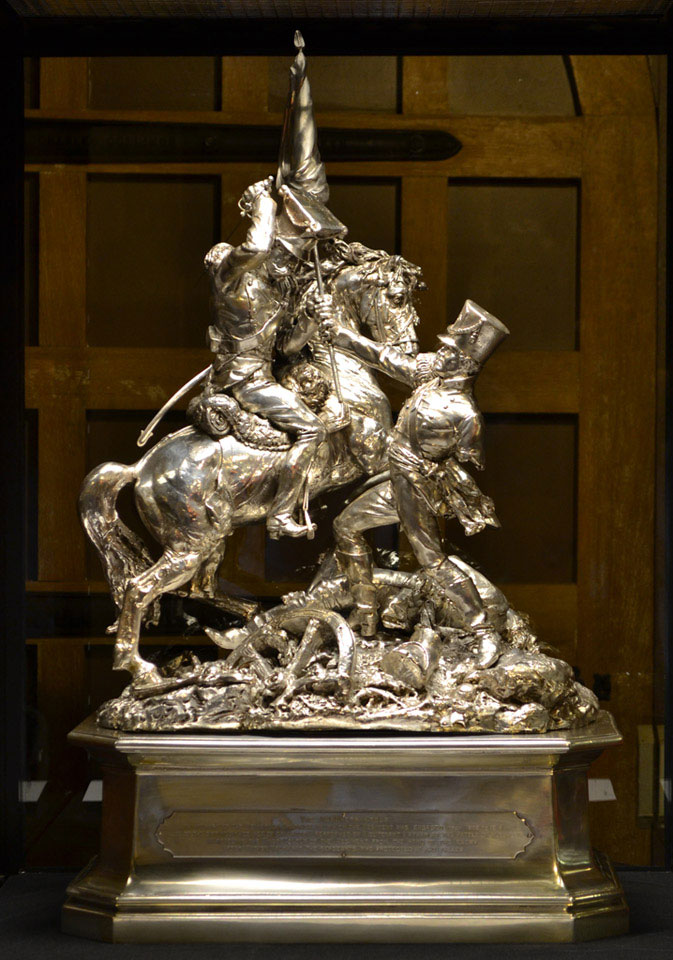 Lieutenant Matthew Latham is shown saving the King's Colours at the Battle of Albuera on 16 May 1811, during the Peninsular War.

This sculpture reflects the brutal nature of the fighting during a Napoleonic battle and the importance placed by a regiment on its colours. Latham suffered terrible wounds from the French cavalrymen's swords, losing part of his left arm. He managed to hold on to the flag, stuffing it into the front of his jacket. It was later recovered by another British soldier who thought that Latham was dead. Miraculously Latham survived the battle and was treated in a local convent. He returned to England, where he received further restorative surgery with the financial support of the Prince Regent.