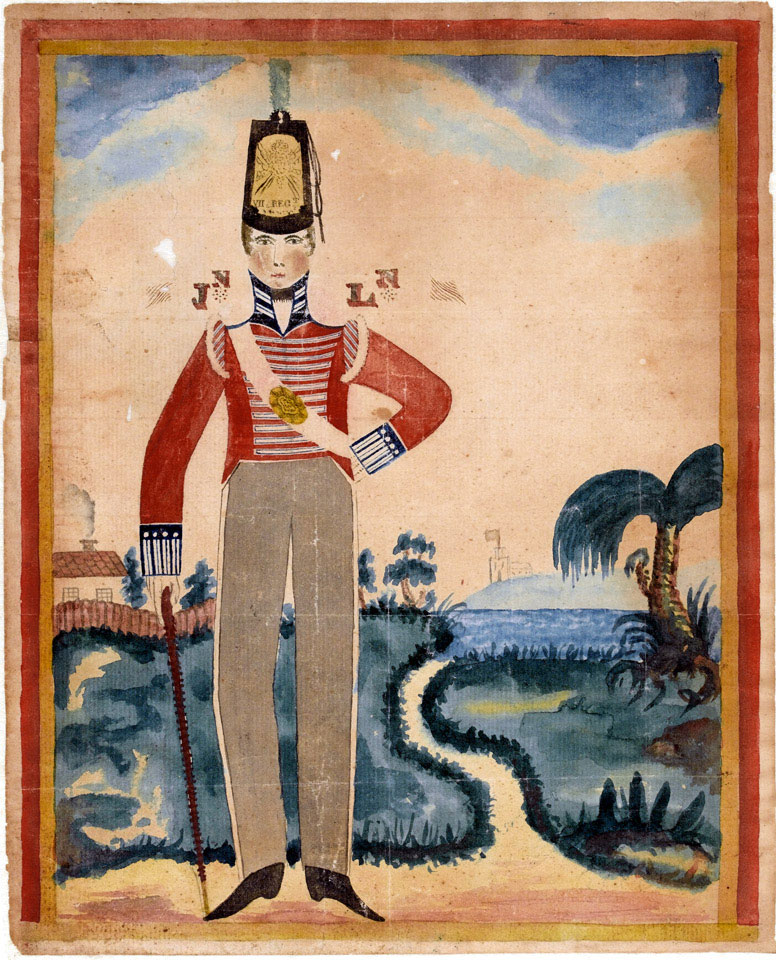 A private of the 7th Regiment of Foot (Royal Fusiliers) in the Caribbean, 1805 (c)

The 7th served in the West Indies from 1802 until 1806 when it moved to Ireland. Many soldiers dreaded a posting there as the tropical climate of the Caribbean took it's toll on European soldiers. Around 90 per cent of the 45,000 white troops who died there during the wars against Revolutionary and Napoleonic France (1793-1815) were killed by disease rather than the enemy.