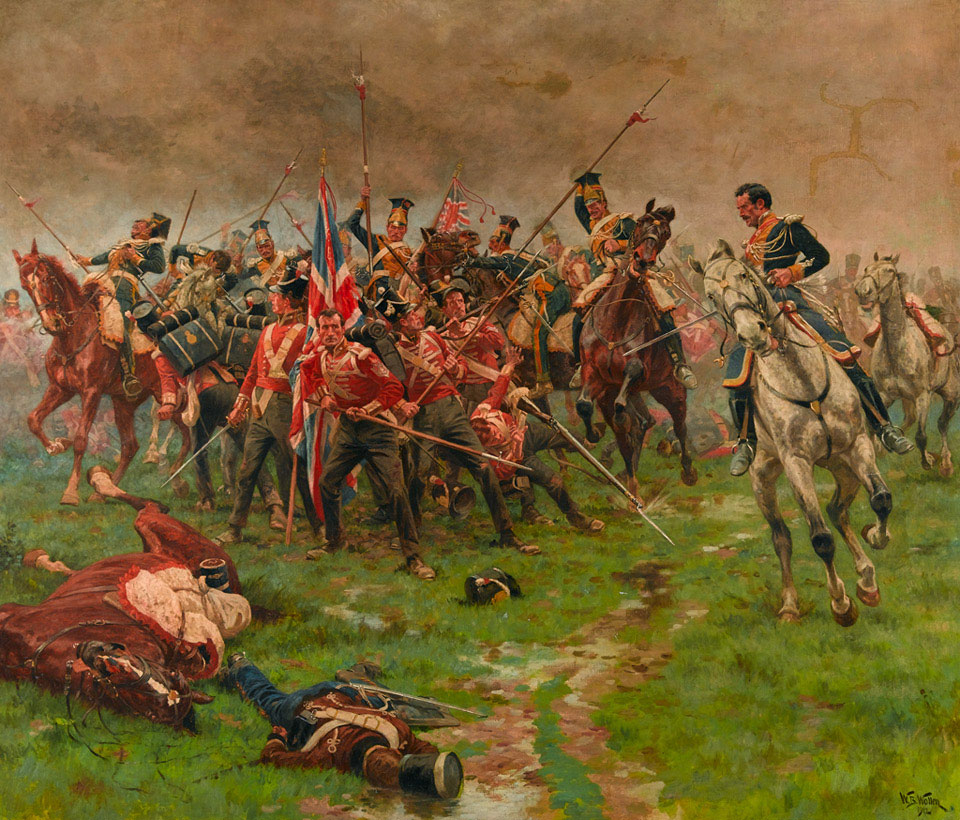 This work depicts a scene from the Battle of Albuera on 16 May 1811. Fought during the Peninsular War (1808-1814), the engagement saw the 3rd (East Kent) Regiment of Foot (The Buffs) deployed with Major-General John Colborne's 1st Brigade. They sustained heavy casualties after being surrounded by Polish and French lancers.

This painting exhibited at the Royal Academy 1912 No 334.