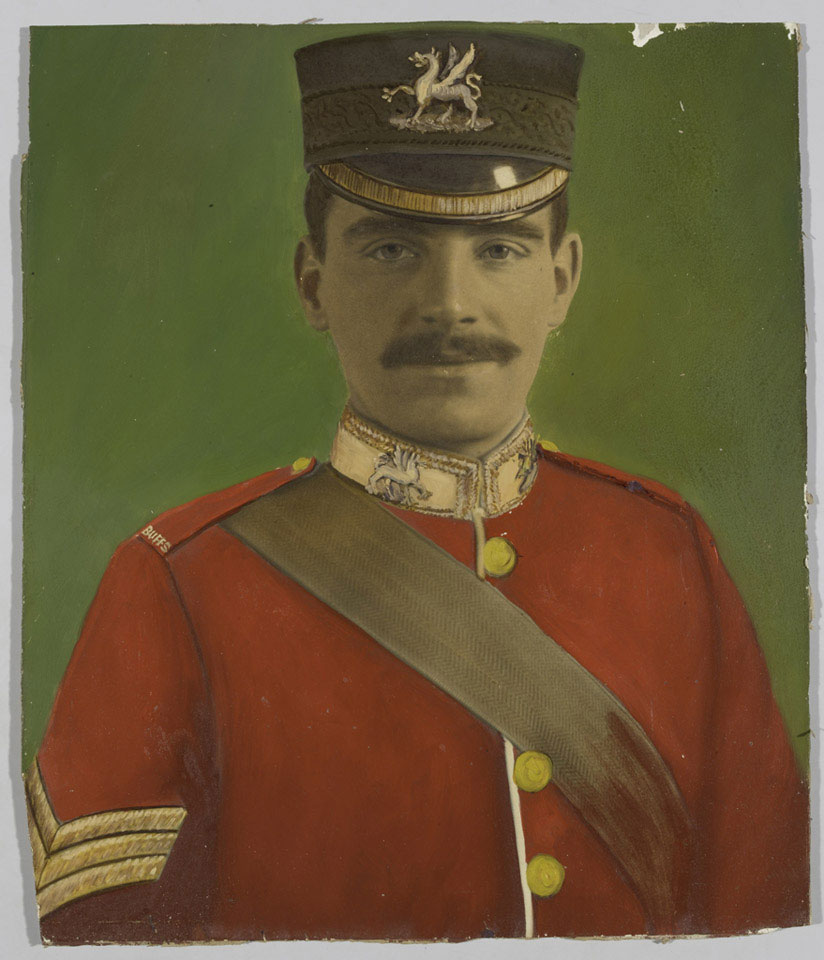 Oil on photograph, on paper laid down on card.

William Richard Cotter (1882-1916) served with the 1st Battalion and 6th (Service) Battalion of The Buffs (East Kent Regiment). He had served in India and Aden before serving on the Western Front with 37th Brigade, 12th Eastern Division. Cotter was an Acting Corporal when he won a posthumous Victoria Cross for bravery in action on 6-7 March 1916, near the Hohenzollern Redoubt at Loos, France. Corporal Cotter's leg was blown off at the knee and he was also wounded in both arms. He nevertheless made his way unaided for 50 yards to a crater, steadied the men who were holding it, controlled their fire, issued orders and altered their dispositions to meet a fresh counter-attack. For two hours he held his position and only allowed his wounds to be roughly dressed when the attack had quietened down. He died in hospital from his wounds at Lillers on 14 March 1916, aged 33.