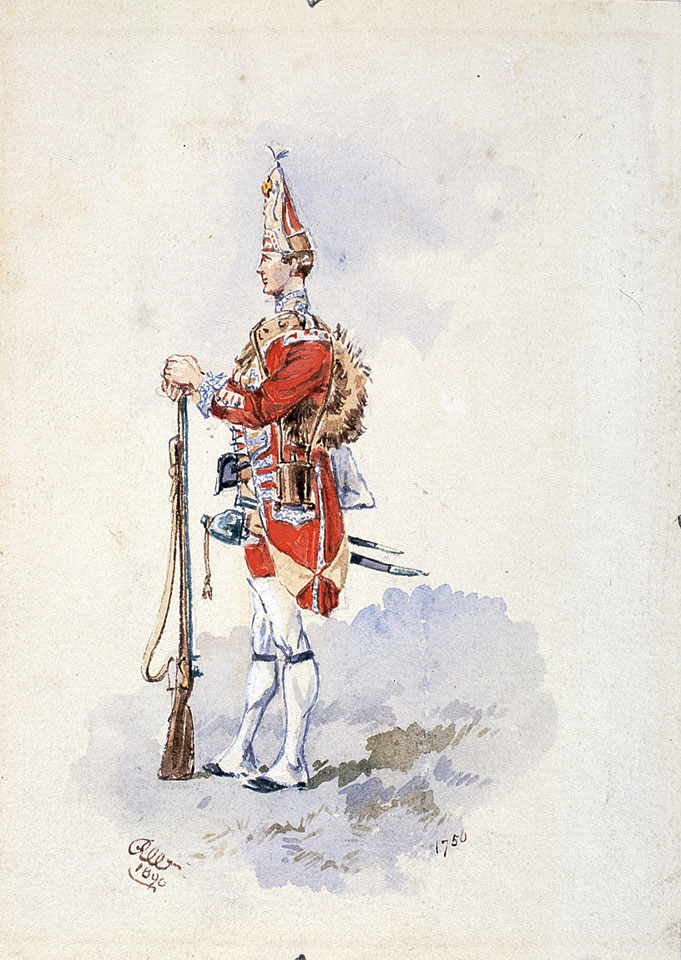 The 3rd Regiment received its nickname of 'The Buffs' because it had been issued with buff coats when it first served abroad in the Low Countries and later when it was a Maritime Regiment of Foot. It was later given buff-coloured facings and waistcoats (visible on this grenadier) to distinguish itself from those of other regiments.