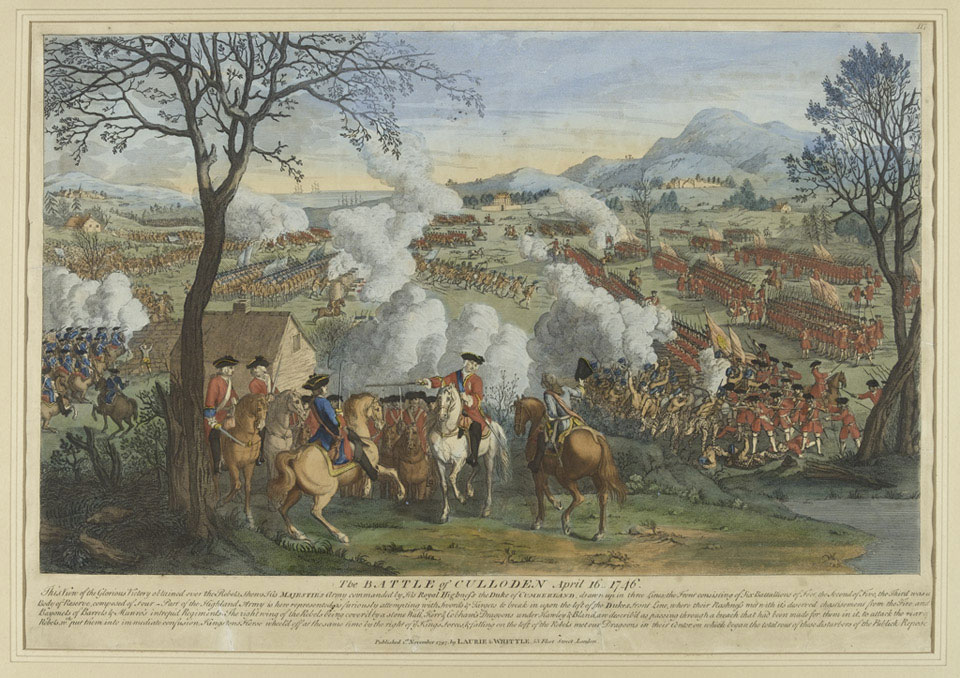 William Augustus, Duke of Cumberland's victory over Charles Edward Stuart, 'Bonnie Prince Charlie', grandson of the exiled King James II, and his army at Culloden in Scotland on 16 April 1746 ended the Jacobite Rebellion of 1745-1746.