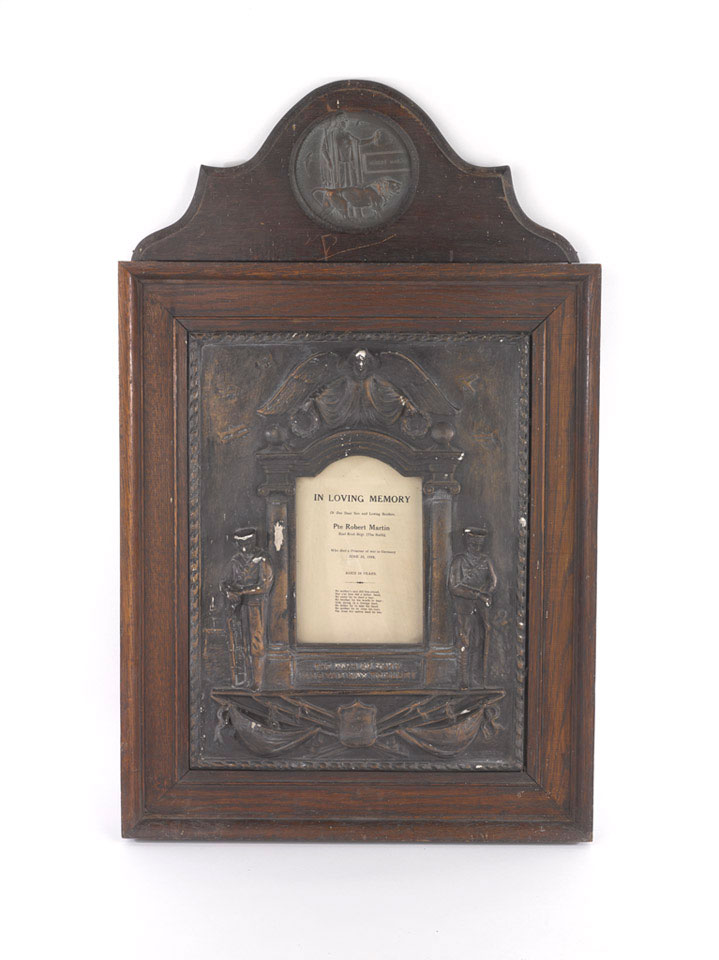 Private Martin died as a prisoner of war in Germany on 23 June 1918, aged 24 years old. The Commonwealth War Graves Commission records the location of Martin's grave at the Berlin South-Western Cemetery.

The memorial plaque incorporates a World War One commemorative medallion and certificate. The circular, bronze medallion was issued to the next-of-kin of personnel who died as a result of the conflict and became known as the 'Dead Man's Penny'.