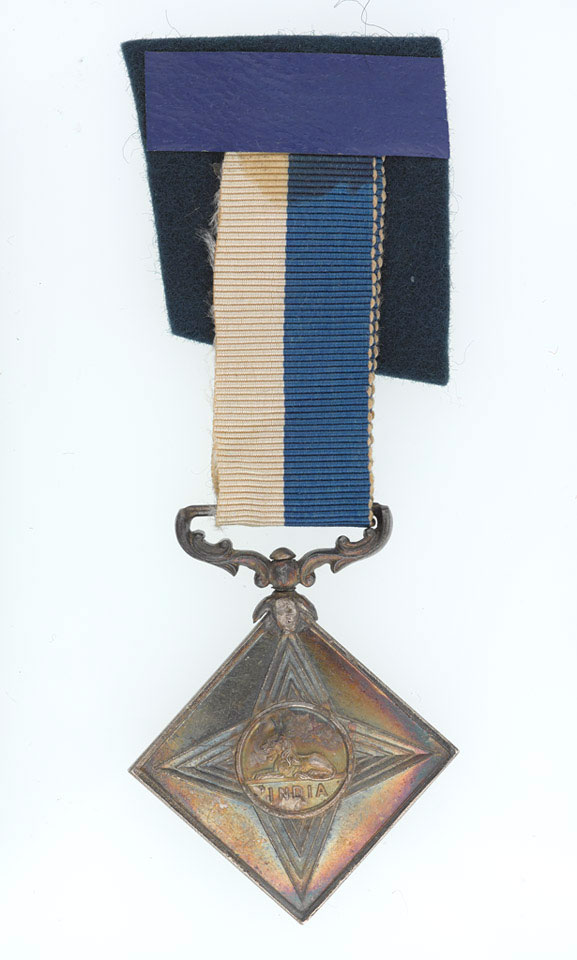 Lozenge-shaped medal with, on the obverse, a four-pointed star with a central disc on which is a lion couchant, with the inscription, 'India', below. On the reverse, an upright sword wrapped in a riband bearing the motto, 'Watch and be Sober'. Around the edge is the association's title, 'Soldiers Total Abstinence Association'.

One of the rewards the Association provided to its members were medals that recognised their commitment to temperance. Some medals continued to be issued after organisational name changes were made as updated replacements were not always immediately available. This medal was awarded for three years of abstinence from alcohol.