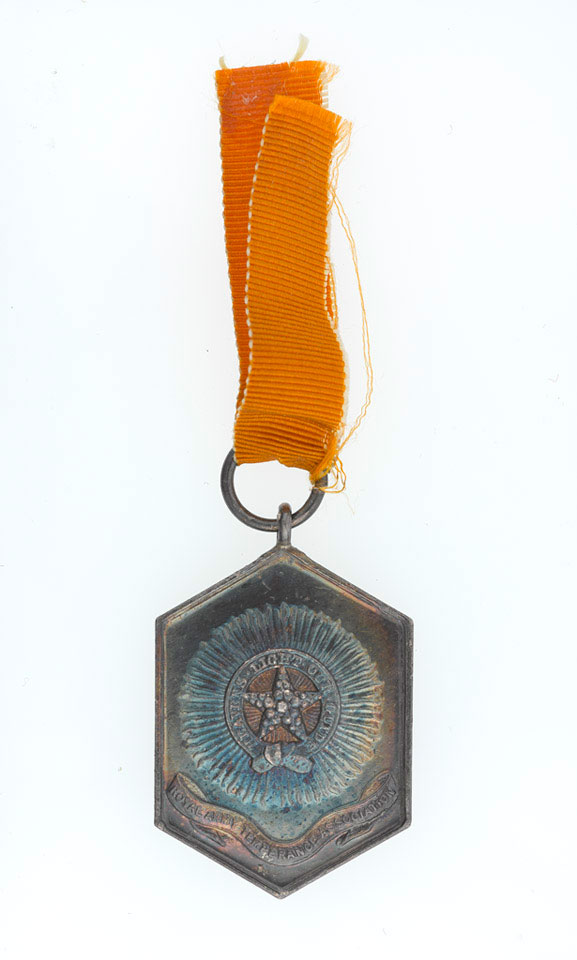 Hexagonal medal with, on the obverse, the star of the Order of the Star of India within a garter bearing the inscription 'Heaven's Light Our Guide'. A scroll below bears the association title, 'Royal Army Temperance Association'. The medal has a double suspension ring and is suspended from a narrow orange ribbon.

One of the rewards the Association provided to its members were medals that recognised their commitment to temperance. Some medals continued to be issued after organisational name changes were made as updated replacements were not always immediately available. This medal was awarded for three years of abstinence from alcohol.