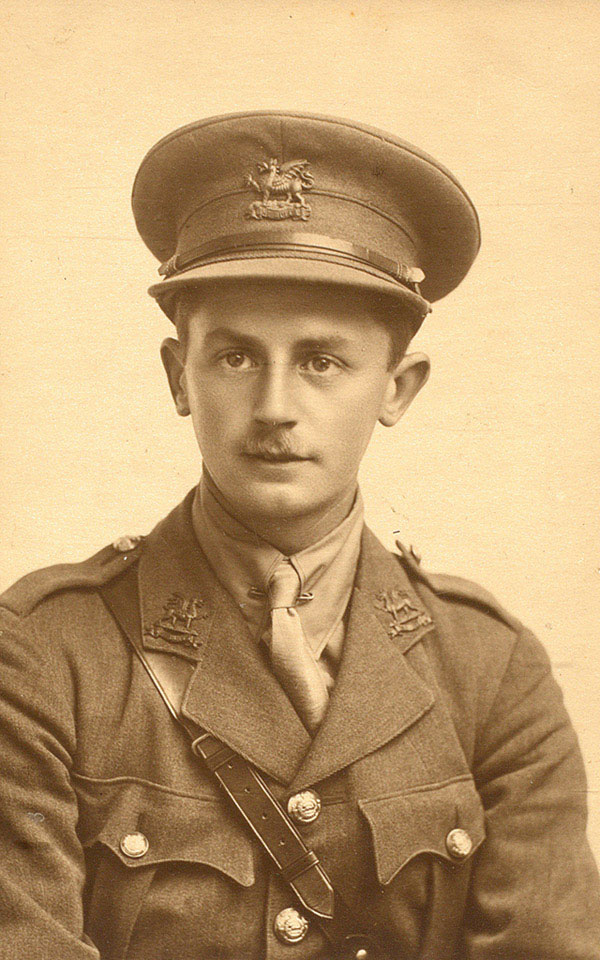 Following the outbreak of war in August 1914, Ellis enlisted with the 8th (Service) Battalion (1st Public Schools) of The Royal Fusiliers (City of London) Regiment. After training with them he eventually headed to France in November 1915.

Following the disbandment of the public schools' battalions in April 1916, most of their soldiers were commissioned as officers. In June 1916 Ellis returned to England, and after training at Oxford, he was commissioned into 1/5th Battalion The Buffs.

On 21 August 1918, Ellis was helping instruct soldiers from the 1/5th in the firing of rifle grenades. 'The London Gazette' of 18 July 1919 explained what happened next:

'A volley was fired, but one of the grenades, owing to a defective cartridge, did not leave the rifle, but fell back into the barrel with the fuse burning. The firer lost his head and dropped the rifle and grenade in the trench, but Lieutenant Ellis, who was separated from the man by four other men in a narrow trench, at once forced his way past them and seized the rifle. Failing to extract the grenade, he dropped the rifle and placed his steel helmet over the grenade, which at once exploded, severely injuring him. There can be no doubt that his prompt and courageous action greatly minimised the force of the explosion and saved several men from death or injury'.

Ellis was later awarded the Albert Medal (AM) for his gallantry. He survived his injuries and in 1971, when the surviving recipients of the AM and the Edward Medal were invited to exchange their awards for the George Cross, he swapped his AM for the latter.