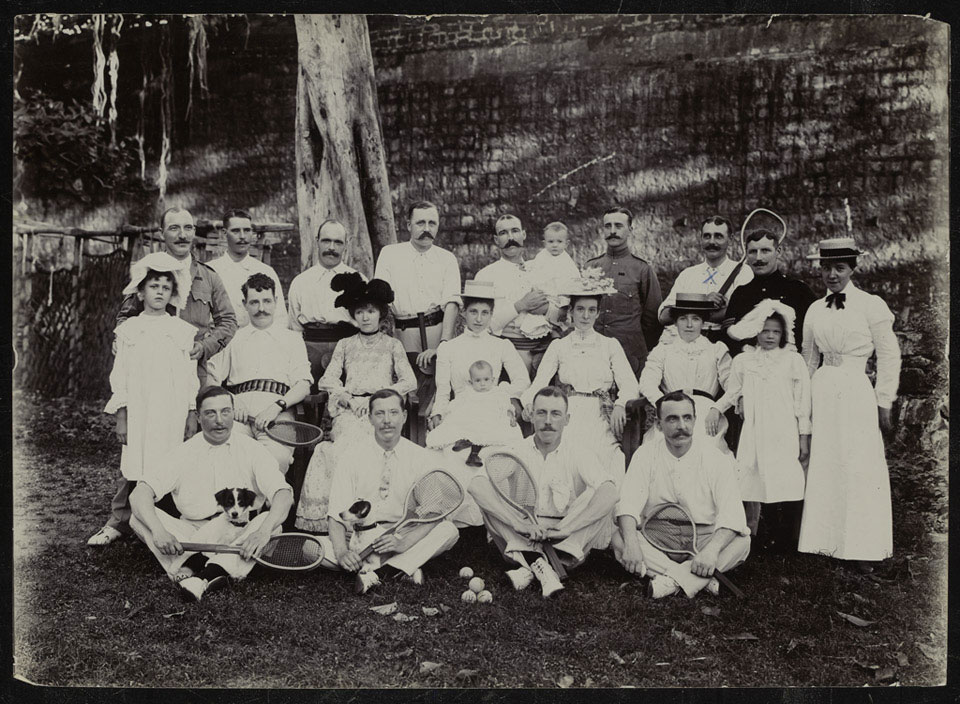 Officers and NCOs of The Buffs (East Kent Regiment) with their wives at a lawn tennis meeting, 1900 (c)

The British Army had a key role in the emergence of lawn tennis as a sport. In 1858 Major Thomas Henry Gem (1819-1881), of the 1st Warwickshire Rifle Volunteer Corps, marked out the first court on a lawn in Edgbaston. Several years later Major Walter Wingfield (1833-1912), 1st Dragoon Guards, developed the modern game of tennis.

Helped by the invention of a rubber ball that would bounce on grass, Wingfield patented a game on an hourglass-shaped court that he called 'Sphairistike.' Unsurprisingly, the name 'Sphairistike' did not stick, and 'lawn tennis' was adopted instead. When the All England Club launched the Wimbledon Championships in 1877, they developed a new set of rules but maintained many of Wingfield's innovations. Today, a bust of this Army tennis pioneer can be seen at the Wimbledon Lawn Tennis Museum.