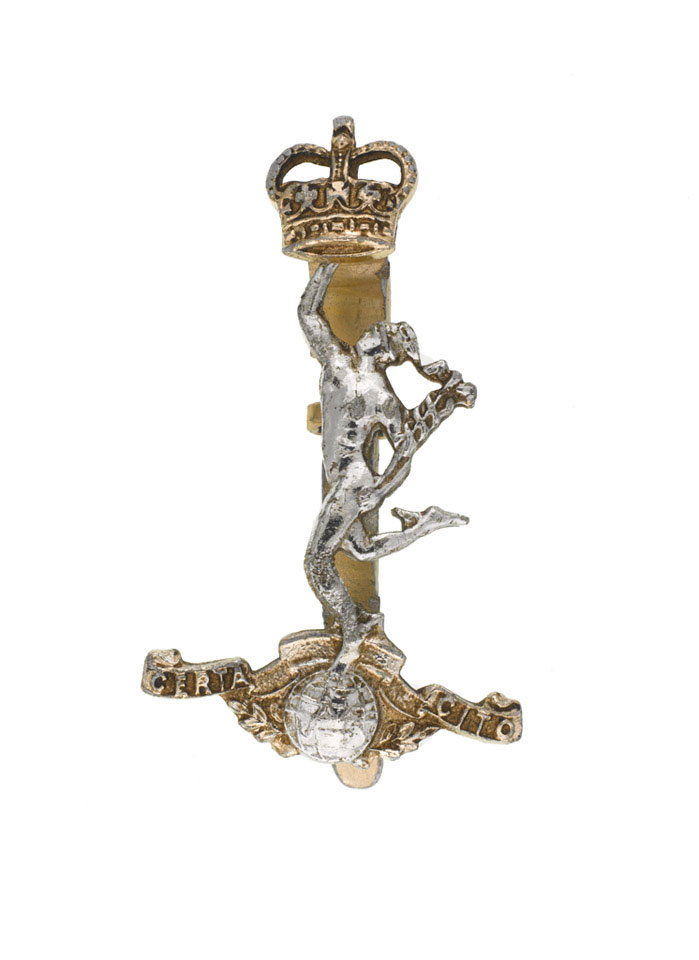 Anodised aluminium badge by J R Gaunt, London, with a figure of the Roman god Mercury above a scroll bearing the unit's motto, surmounted by a crown.

The badge of the Royal Corps of Signals depicts Mercury, the winged messenger of the gods, holding a caduceus (herald's staff) in his left hand, while balancing on a globe. In 1947, the motto of the Corps, 'Certa Cito', meaning 'Swift and Sure', was included in this new badge design.