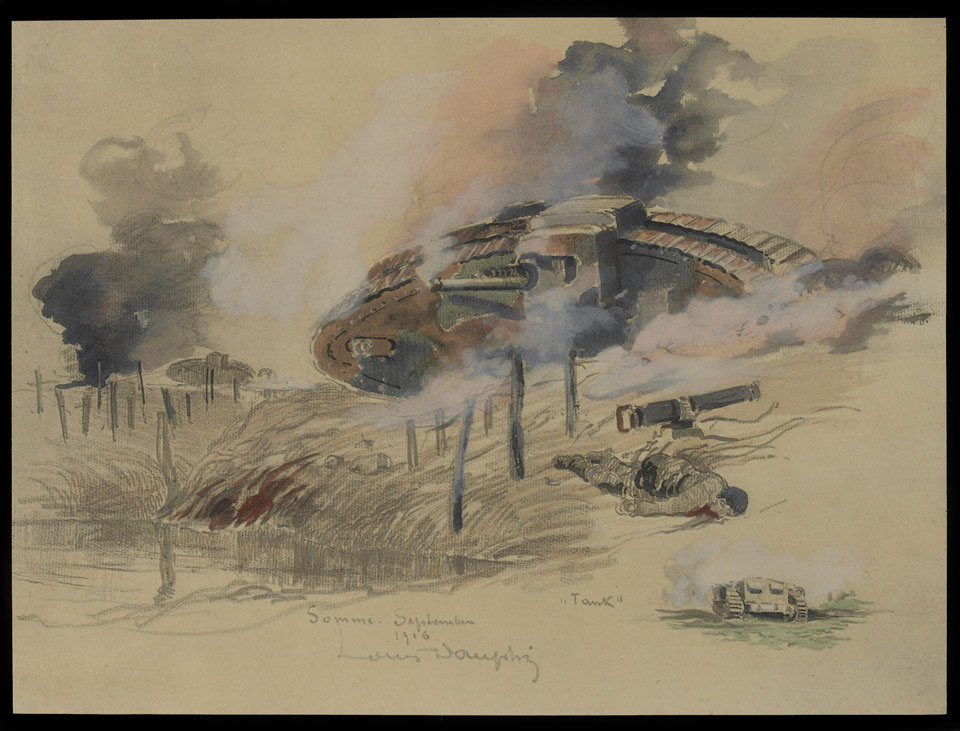 Tanks were first used during the attack on the village of Flers-Courcellette on the Somme, on 15 September 1916. To assist the six divisions involved in the attack, the tanks were broken up into small groups. They would lead the assault, destroying strong-points and allow the infantry behind to push on and secure their objectives. Prior to zero hour a number failed to reach the start through breakdowns and some were unable to pass beyond it.

When the attack commenced, only 15 were able to move into no-mans land. These machines made a great impact on the Bavarian troops facing them, many of which were terrified, and a few tanks were able to advance far into the enemy defences. These were gradually reduced in number by breakdowns and enemy action. Flers and Courcelette were captured, but despite the bravery of the crews, a total breakthrough eluded the tanks. The attack was called off on 22 September.