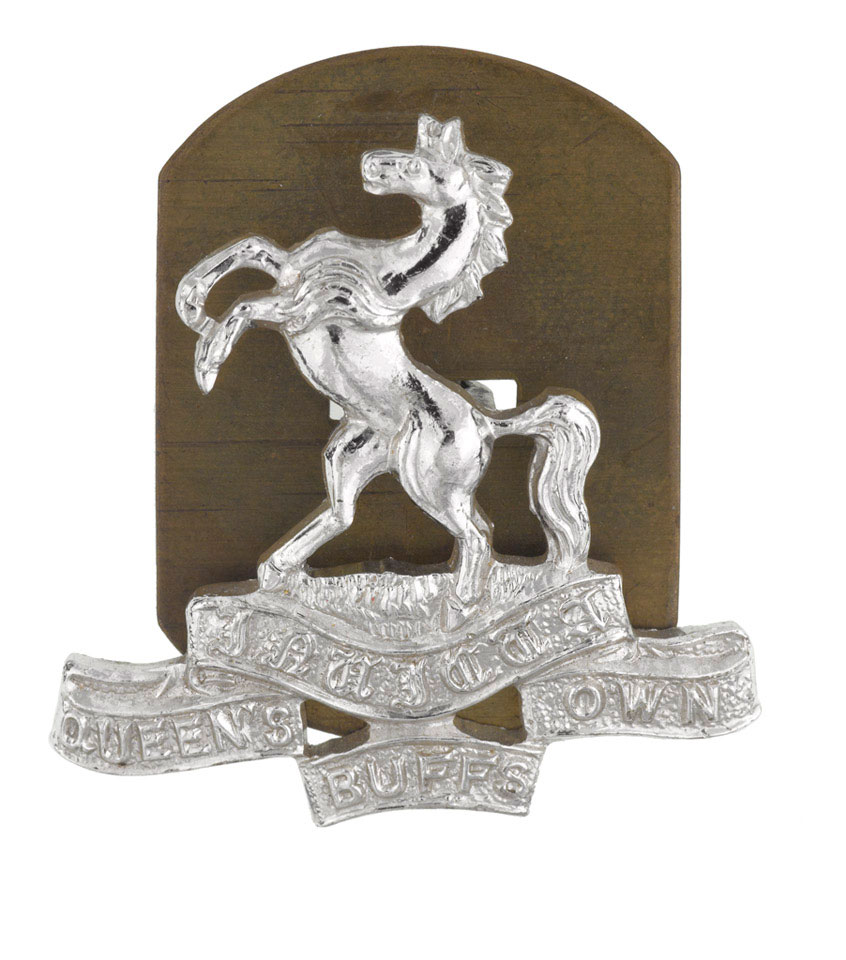 Other ranks collar badge, The Queen's Own Buffs, The Royal Kent Regiment, 1961 (c)

This regiment was formed in 1961 by amalgamating the Buffs (Royal East Kent Regiment) with the Queen's Own Royal West Kent Regiment. The White Horse of Kent motif was the symbol of the old Anglo-Saxon kingdom of Kent. The motto 'invicta' means 'unconquered and was inherited from the West Kents.