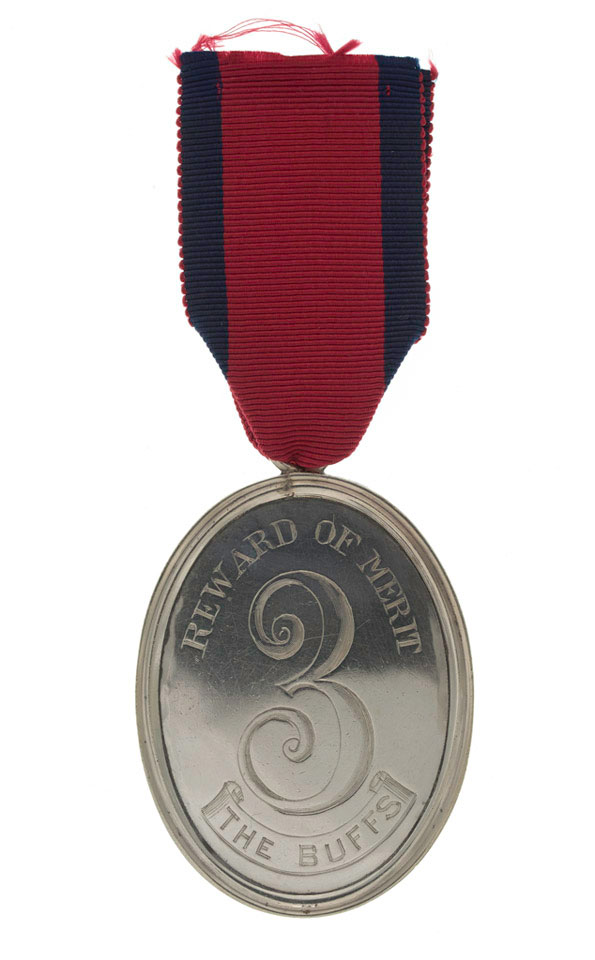 Silver oval medal with, on the obverse, the regimental number, '3', with the inscription, 'Reward of Merit', above, and the regimental title, 'The Buffs', below. On the reverse the inscription, 'Presented to W. Batchelor' with the battle honours, 'Albuhera', 'Talavera', 'Busaco', and 'Portugal', below. The medal is suspended from a crimson ribbon with blue edges; the same colour ribbon was later adopted on the officially issued Waterloo Medal.

Medals such as this were issued by The Buffs to soldiers who had served with distinction during the Peninsular War (1807-1814) as there was no issue of a campaign medal to other ranks for Peninsula service until the Military Service Medal in 1847.