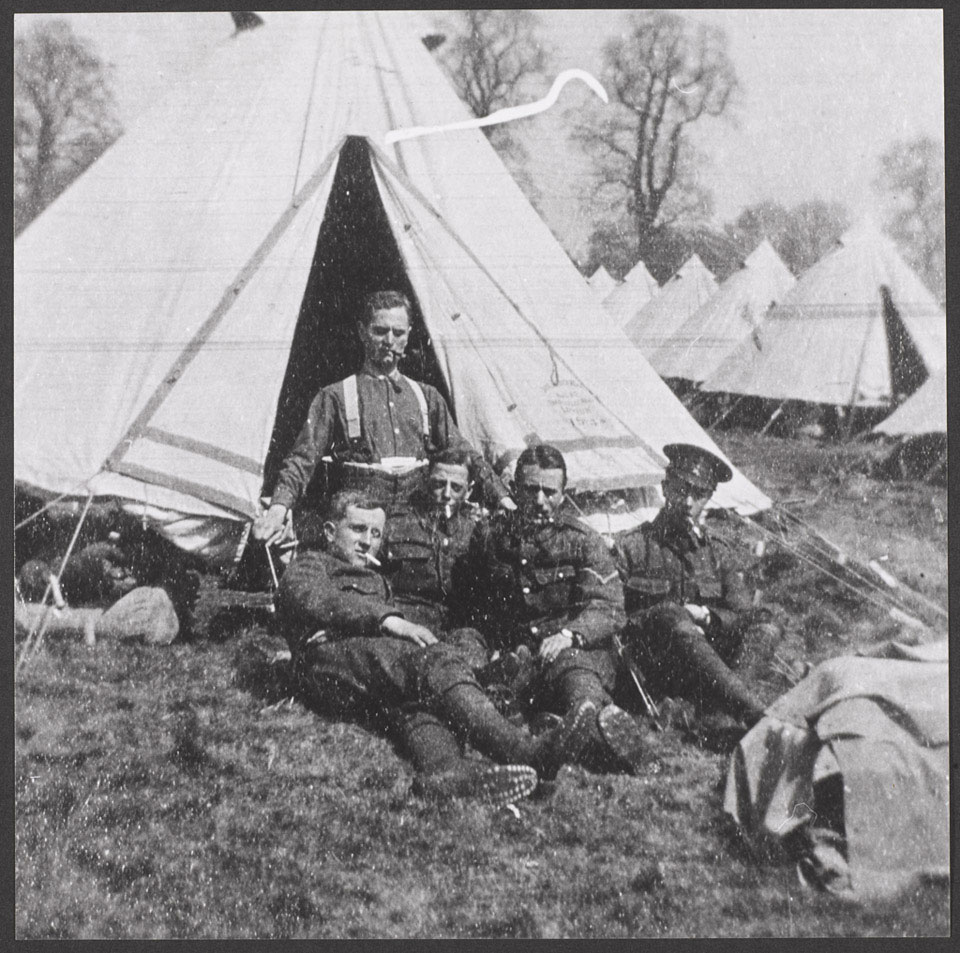 Rifleman William Eve and comrades of 1/16th (County of London) Battalion (Queen's Westminster Rifles), The London Regiment, outside their tent, 1914

William Francis Eve (1894-1981) was called up on 26 August 1914. Like most Territorial soldiers he immediately volunteered for 'Foreign Service'. After forming up at Hemel Hempstead, his battalion landed at Le Havre on 2 November. The Queen's Westminster Rifles were amongst the very first Territorials to enter the line as reinforcements for the British Expeditionary Force.