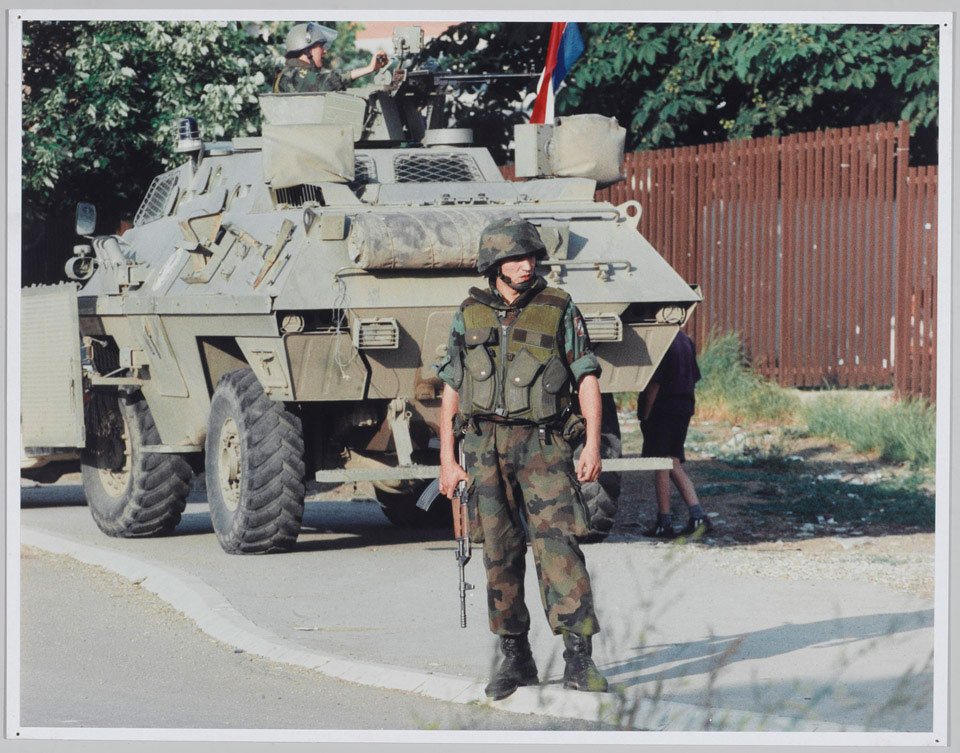 A Serbian armoured car and soldier, 1999

During the late 1990s the Kosovo Liberation Army waged a campaign of separatist violence against the Serbian security forces and ethnic Serbs from Kosovo which precipitated a Serbian police and military crackdown. The latter operation caused the displacement of thousands of ethnic Albanians, which in turn led to the Kosovo War (1998-1999) and military intervention by The North Atlantic Treaty Organisation (NATO).