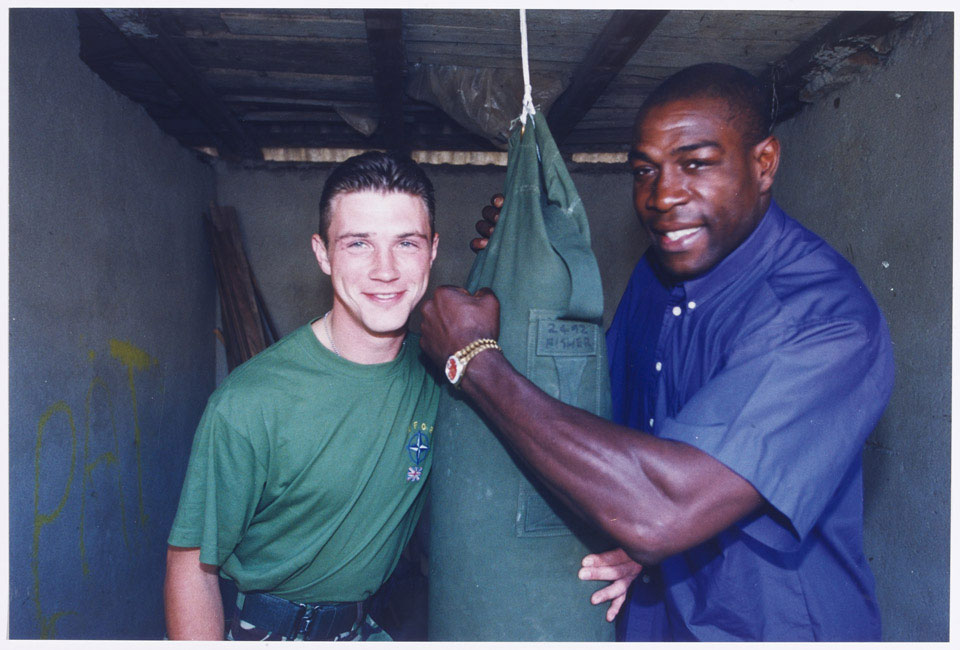 Since ancient times boxing has long been considered excellent training for soldiers. The British Army has long believed it develops fitness, character, strength, persistence and courage. Today, Army boxing is governed by the Army Boxing Association which works closely with the Amateur Boxing Association of England to make sure the sport is regulated and its participants are safe.

One of 48 photographs taken by Sergeant David John Miles, a reservist who volunteered to serve with 4 Armoured Brigade as Brigade photographer under the direction of Media Ops, Kosovo, 1999.