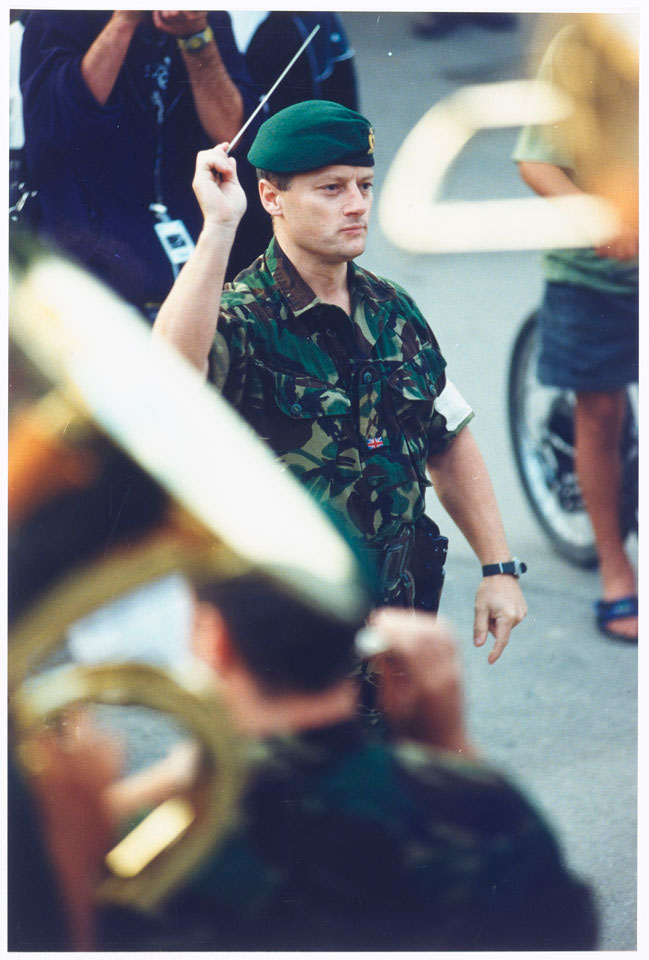 The band of the Adjutant General's Corps playing to the people of Pristina at the opening ceremony for the city theatre, 1999

During the late 1990s the Kosovo Liberation Army (KLA) waged a campaign of separatist violence against the Yugoslav security forces and ethnic Serbs from Kosovo which precipitated a Yugoslav military crackdown. The latter operation caused the displacement of thousands of ethnic Albanians, which in turn led to the Kosovo War (1998-1999) and military intervention by The North Atlantic Treaty Organisation (NATO). British troops deployed there with Kosovo Force (KFOR).

One of 48 colour photographs taken by Sergeant David John Miles, a reservist who volunteered to serve with 4 Armoured Brigade as Brigade photographer under the direction of Media Ops, Kosovo, 1999.