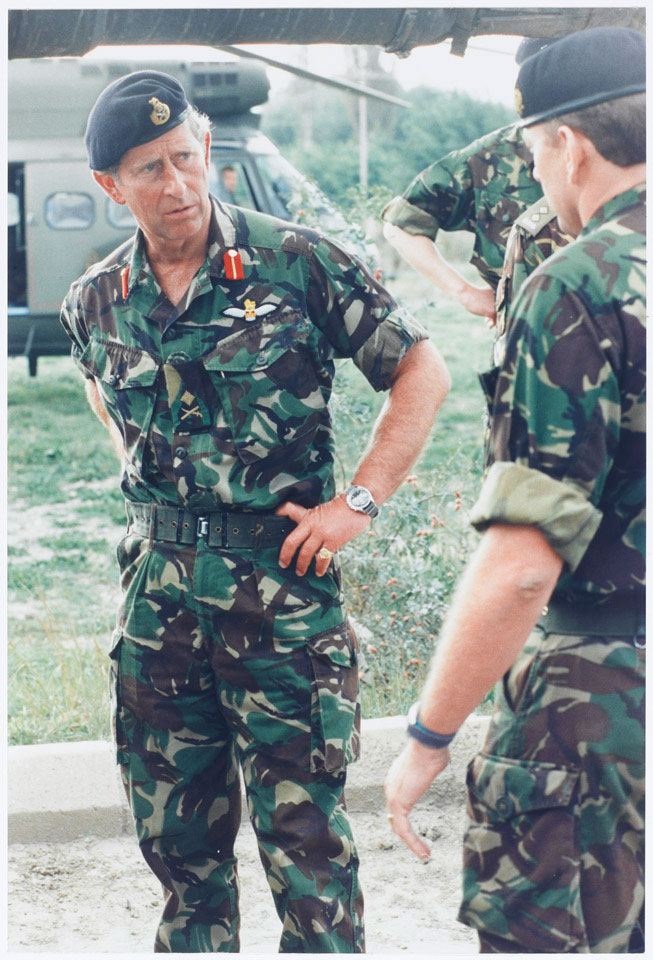 The Queen's Dragoon Guards primarily recruited in Wales, so as Prince of Wales Charles had a special interest in the regiment, who were nicknamed 'The Welsh Cavalry'. In 2003 he became their colonel-in-chief.

One of 48 photographs taken by Sergeant David John Miles, a reservist who volunteered to serve with 4 Armoured Brigade as Brigade photographer under the direction of Media Ops, Kosovo, 1999.