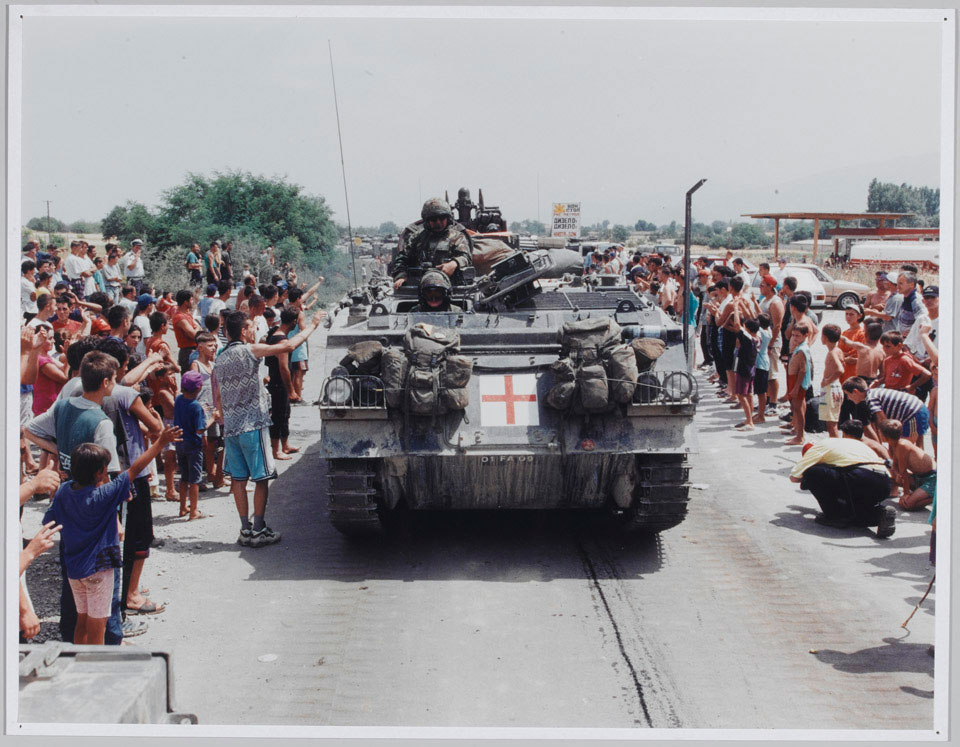 Following a Serbian military crack down against armed separatists and the wider ethnic Albanian population, thousands of refugees left Kosovo. In February 1999, a North Atlantic Treaty Organisation (NATO) peace-implementation force, KFOR, began to assemble in neighbouring Macedonia. Eventually a mixture of military action, included an extensive NATO air campaign, and diplomatic pressure forced President Milosevic of Serbia to agree to a Serb withdrawal from Kosovo and the deployment of the KFOR peace-implementation force.