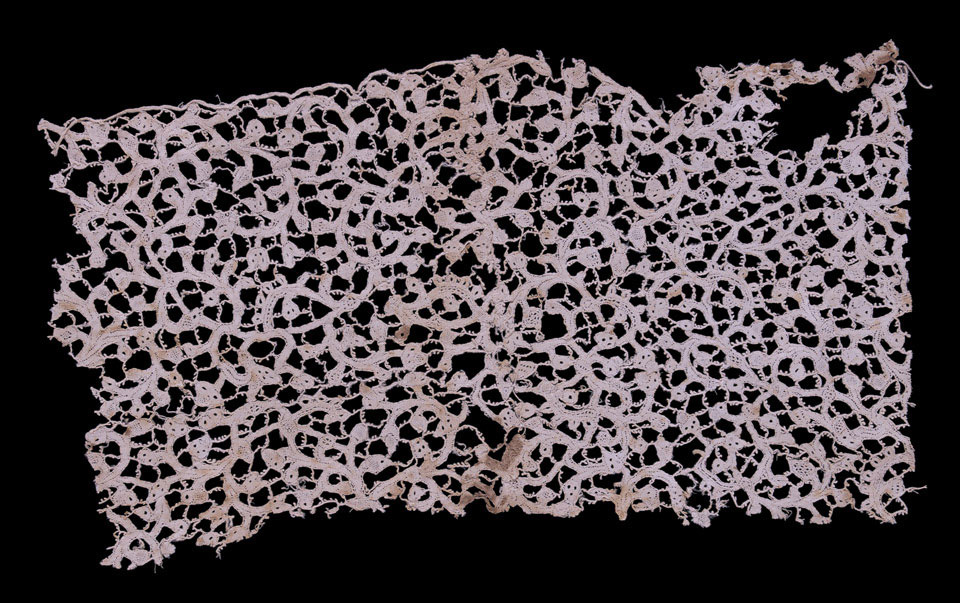 Lace from the boot of King William III, worn at the Battle of the Boyne, 12 July 1690

This piece of blood-stained lace came from the boots worn by King William III (1688-1702) at the Battle of the Boyne (12 July 1690). William's victory over the Jacobite army helped secure not only a Protestant succession to the throne, but also a Protestant-dominated Army in Britain.

As well as helping to turn the war in Ireland in William's favour, the battle grew to be an important symbol of Protestant dominance there. For this reason it is still marked with a Bank Holiday in Northern Ireland on 12 July each year. Although Unionists and Loyalists remember the Boyne as a great victory which helped secure the sovereignty of Parliament and a Protestant monarchy, for Irish Nationalists and Roman Catholics it remains a symbol of unwanted occupation. The commemoration of the battle has been a controversial issue for both sides of the sectarian divide during the Irish 'Troubles' and remains so to this day.