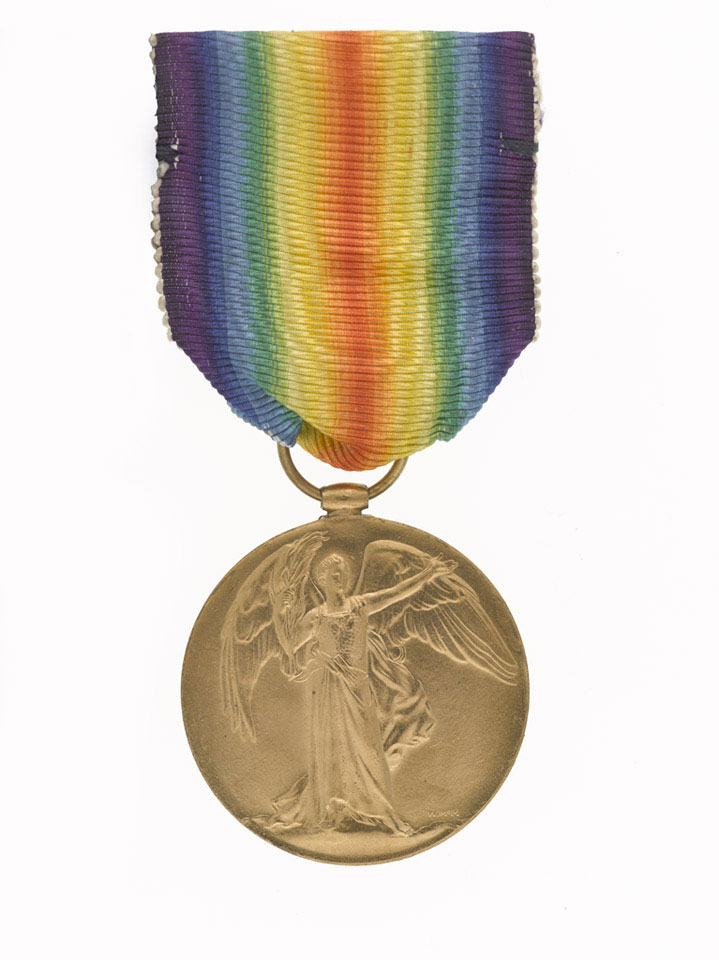 Circular, bronze medal designed by William McMillan with a figure of Winged Victory holding a palm branch on the obverse. On the reverse, the inscription, 'The Great War for Civilisation 1914-1919', within a laurel wreath. The medal is suspended from a double rainbow coloured medal ribbon.

Eve was commissioned into the 2/6th Battalion in September 1915. He had earlier served in the ranks with 1/16th (County of London) Battalion (Queen's Westminster Rifles), The London Regiment, who landed in France in November 1914. He later developed epilepsy and was invalided from the Army in July 1916.