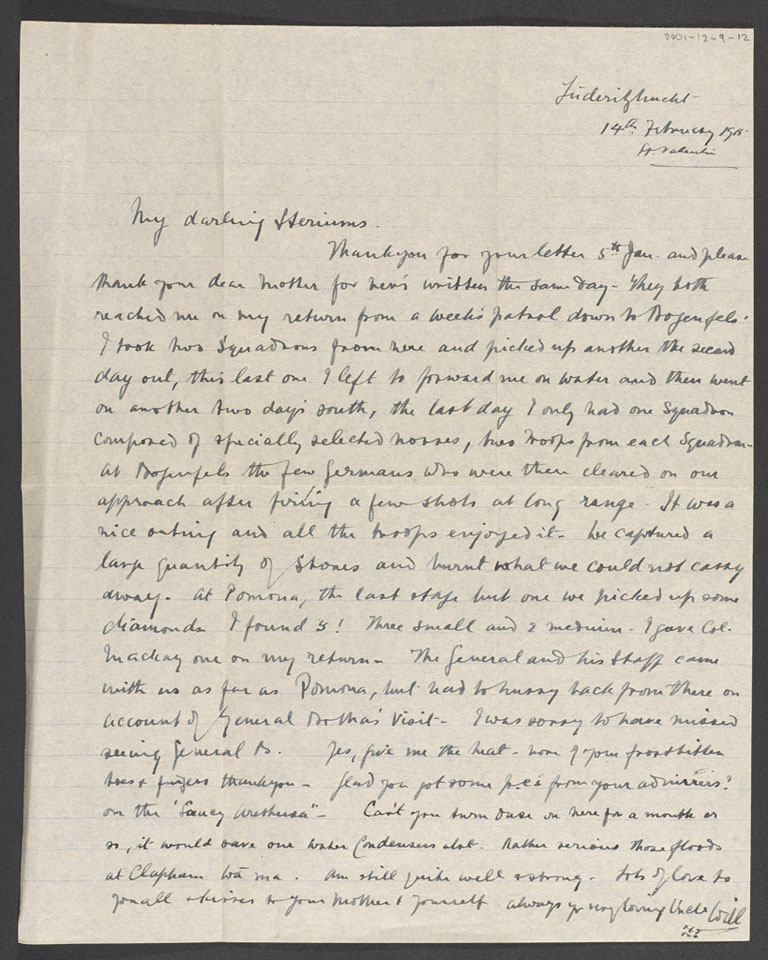 Montgomery was then on active service in German South-West Africa. His regiment had landed there in August 1914. Following skirmishes along the frontier with South Africa his unit (alongside other formations) was delayed from any further advance by the Boer Revolt in South Africa. Once this was over, 60,000 South Africans, moving in four columns, finally began the occupation of German territory in February 1915. Montgomery's letter describes the style of fighting during the advance: 'I took two Troops…to Hofenfels…the few Germans who were there cleared out on our approach after firing a few shots at long range. It was a nice outing…we captured a large quantity of stores and burnt what we could not carry away…We are all keen on getting forward…Once we start I think we will move rapidly as all the forces will push on simultaneously'.