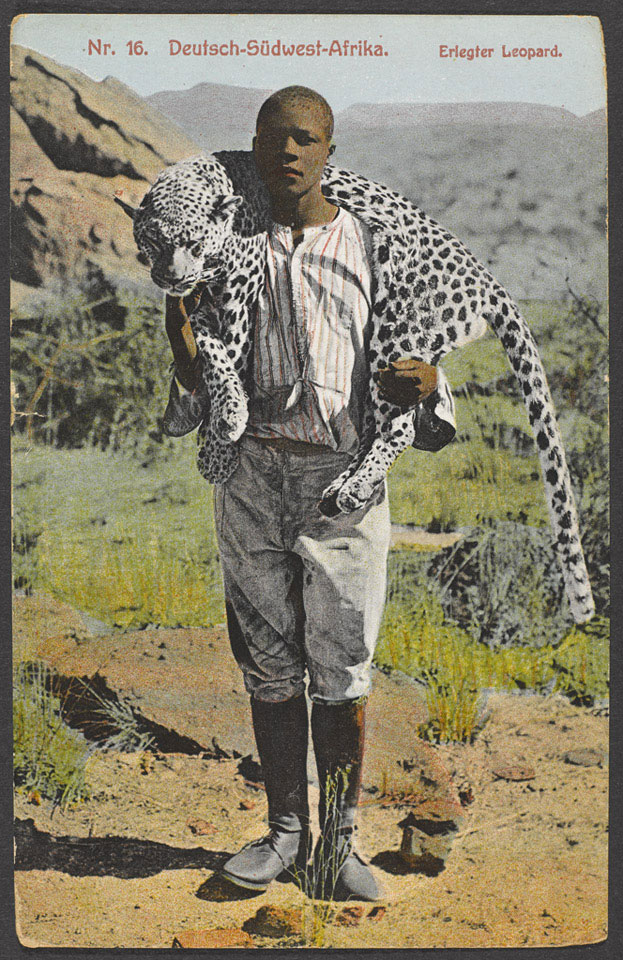 Montgomery wrote in the aftermath of the decisive battle of the South-West Africa campaign, which was fought at Gibeon on 27 April 1915. The Natal Carbineers lost two men killed in this engagement. The following month Windhoek the capital was occupied, by which time most of the country had been conquered:

'Here we are in the middle of German South-West Africa resting our horses and ourselves after our trek of 200 odd miles and our fight on the 27th April when we captured 2 guns, several Maxims, 200 prisoners and thousands of sheep and cattle…It is doubtful we will link up with General Botha's force at Windhoek as an armistice has been on since noon yesterday and I should say that it means the beginning of the end. Several regiments have already been sent back…everything from the Union up to and beyond Windhoek is in our hands'.