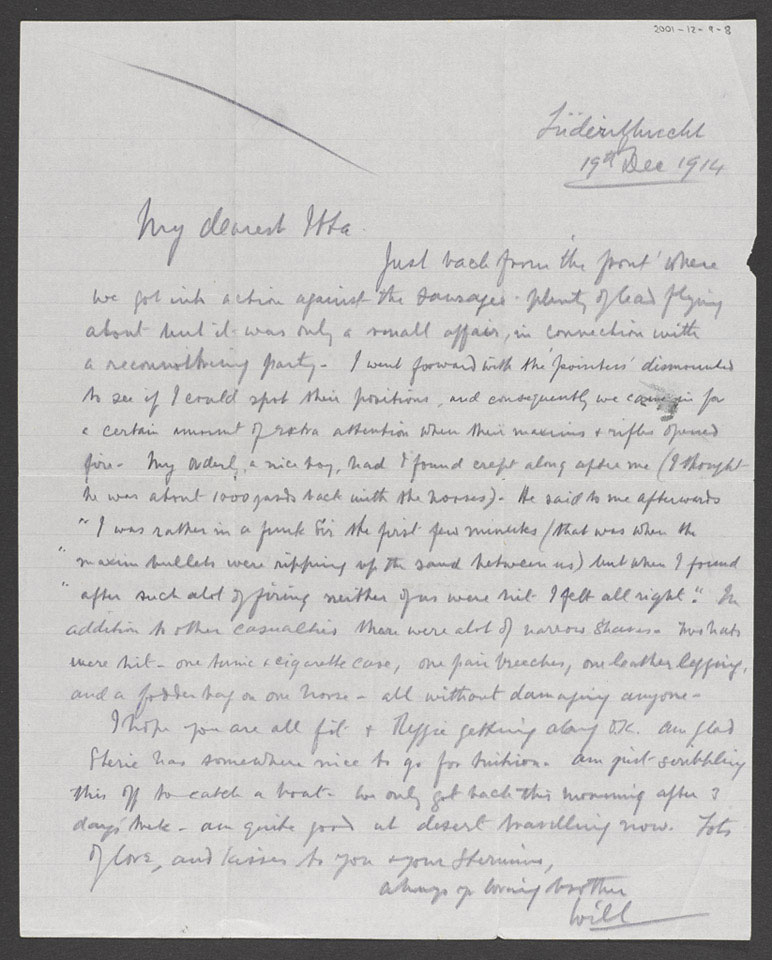 Montgomery was then on active service in German South- West Africa. His unit had landed there in August 1914 and after occupying Lüderitz on 18 September was involved in a series of small skirmishes with German forces: 'Just back from the front where we got into action against the sausages, plenty of lead flying about but it was only a small affair in connection with a reconnoitering party'.