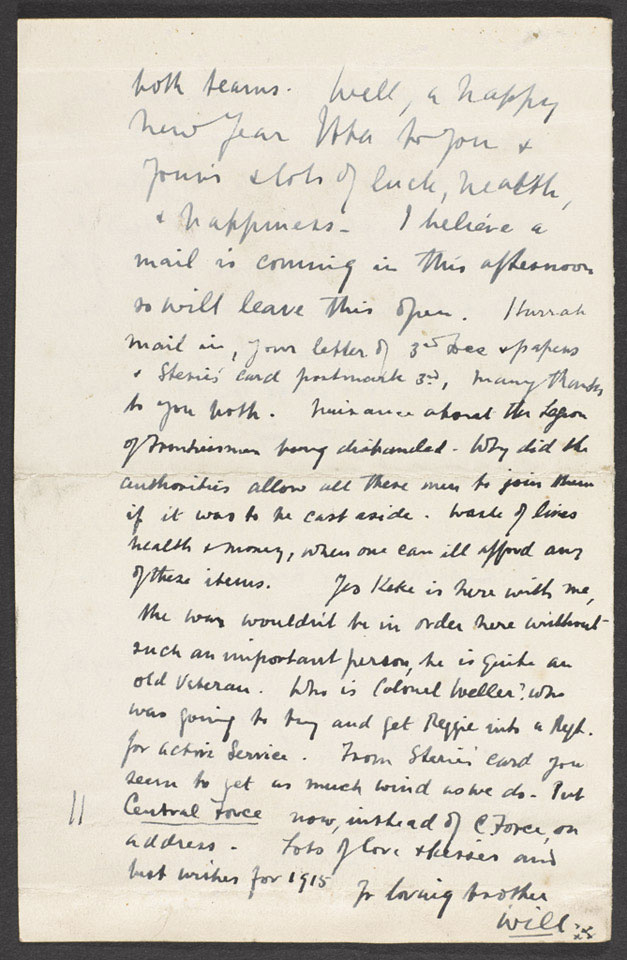 Montgomery was then on active service in German South- West Africa. His unit had landed there in August 1914. Although much of Montgomery's letter deals with the conditions in the colony, he also had time to tell his sister about a game of rugby between his unit and the 2nd Mounted Rifles. At this time his regiment was waiting for reinforcements from South Africa before beginning the final conquest of German territory in February 1915.