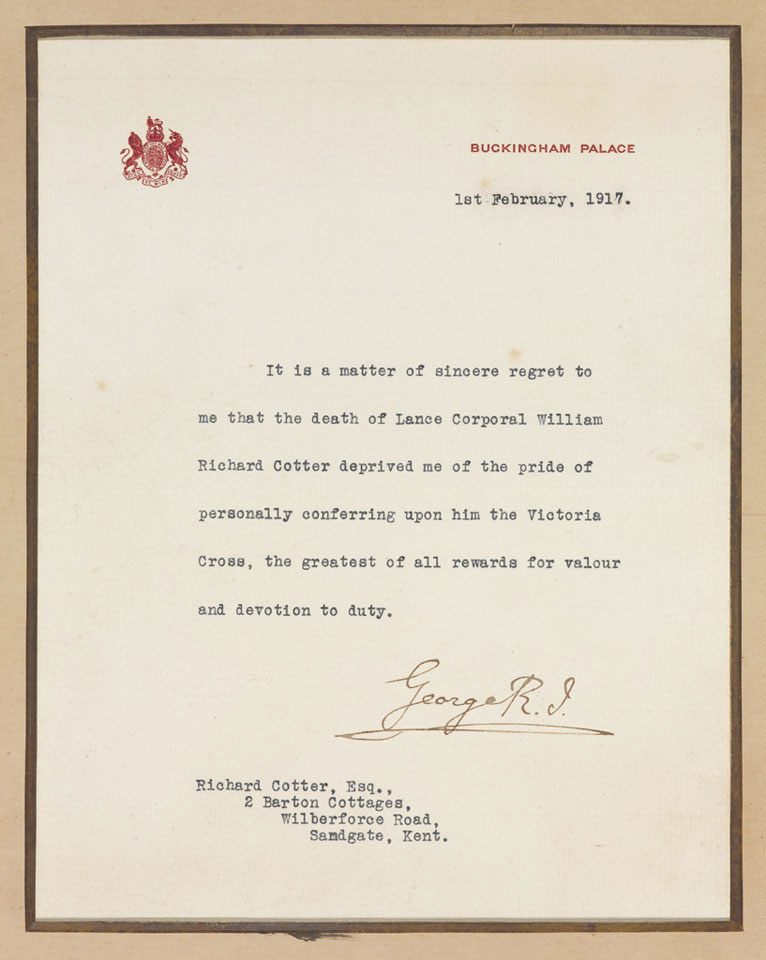 William Richard Cotter of 6th (Service) Battalion, The Buffs (East Kent Regiment) was posthumously awarded the Victoria Cross (VC) for an act of gallantry on 6-7 March 1916 near the Hohenzollern Redoubt at Loos. The letter from the palace stated that the King regretted that Cotter, who died of his wounds on 14 March 1916, should have succumbed before he could personally confer the VC on him.