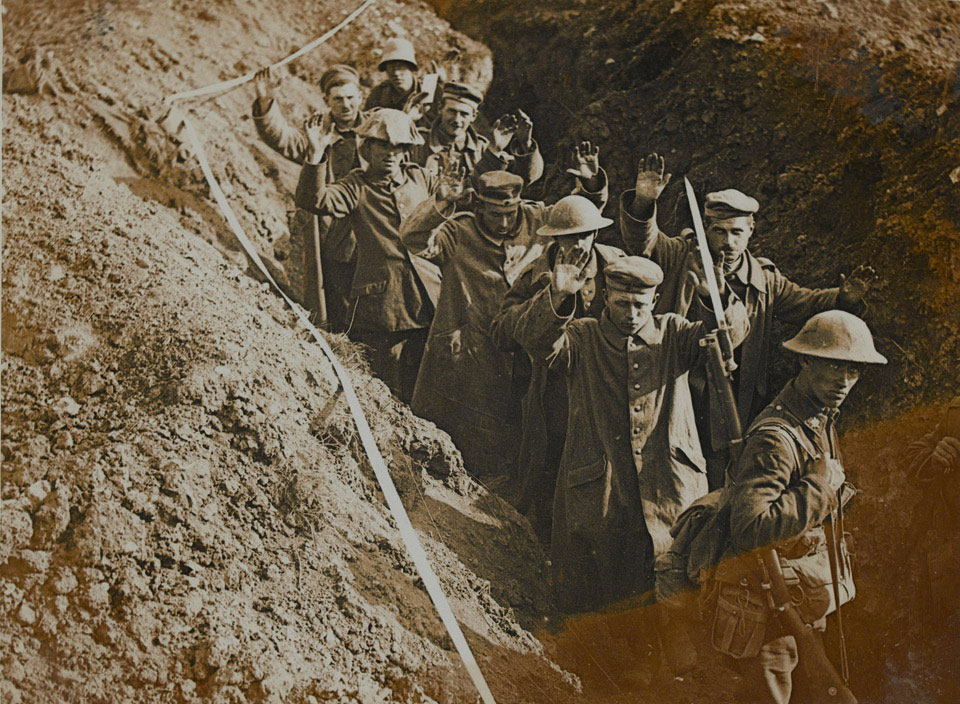 Canadian soldiers escort German prisoners through a communication trench. On 8 August 1918 General Rawlinson's Fourth Army, spearheaded by the Australian and the Canadian Corps, attacked at Amiens. Rawlinson used over 2,000 guns, 450 tanks and 1,900 aeroplanes to support the attack by 13 divisions. Through careful preparations, the Allies achieved complete surprise.

Their tanks broke through the German lines and sowed panic in the rear. The battle illustrated that the British had perfected how to combine infantry, artillery, tanks and aircraft in a co-ordinated attack. The German front was broken. A 24 kilometres (15 miles) long gap had been punched in the German line south of the Somme by the end of the advance. The Fourth Army took 13,000 prisoners and over 300 guns. Total German losses were estimated to be 30,000 on 8 August while the Allies suffered about 6,500 killed, wounded and missing.