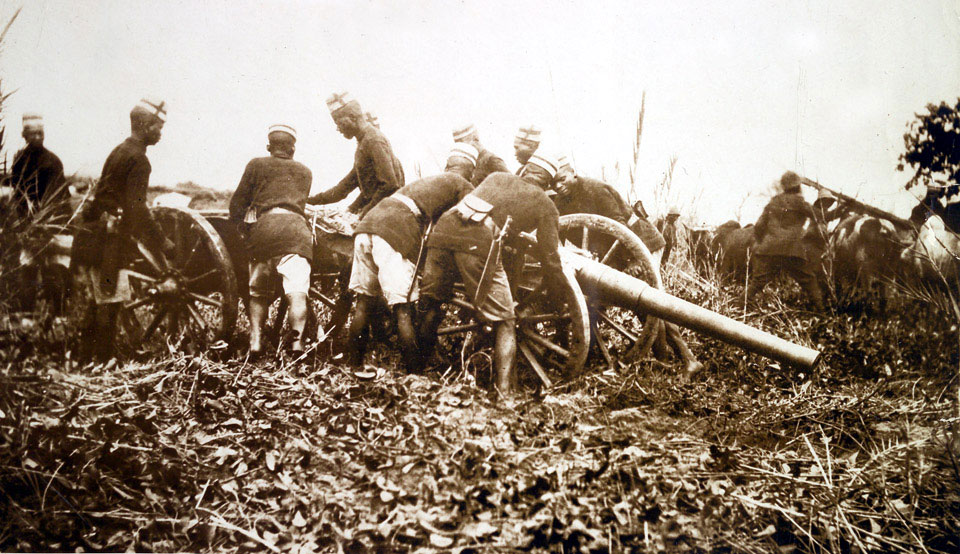 Black soldiers from Britain's African colonies bore the brunt of the fighting against the Germans in East Africa during World War One (1914-1918). The British lost over 10,000 men, two thirds from disease. German losses were about 2,000. The black peoples of East Africa, who served as soldiers and carriers, suffered far more. One recent estimate of black African casualties is 100,000 dead on both sides.