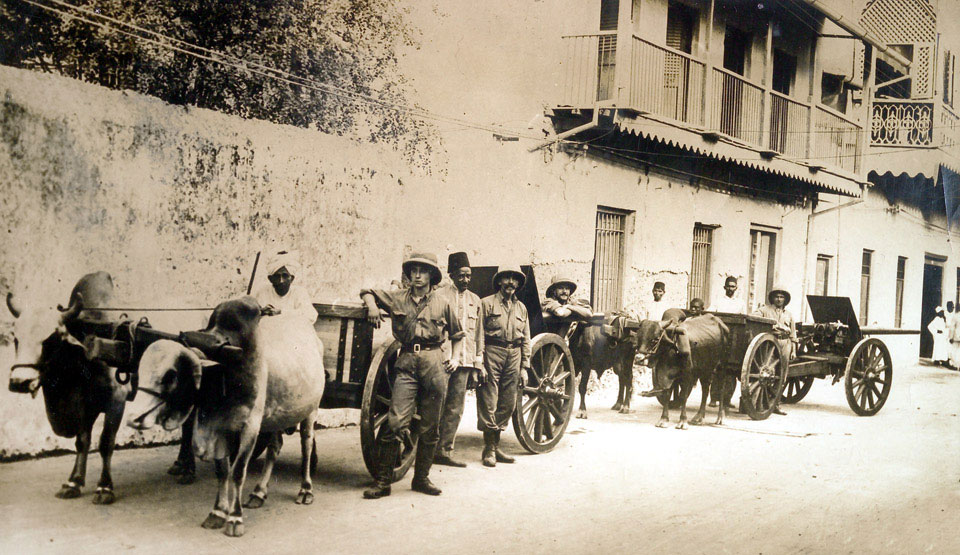 British troops and locals stand with two guns salvaged from the cruiser HMS 'Pegasus' that were mounted on ox-drawn carts. The 'Pegasus' had been sunk at anchor on 20 September 1914 in Zanzibar harbour by the German cruiser 'Konigsberg'. Six of her guns were eventually salvaged and went on to be used in the East African land campaign.