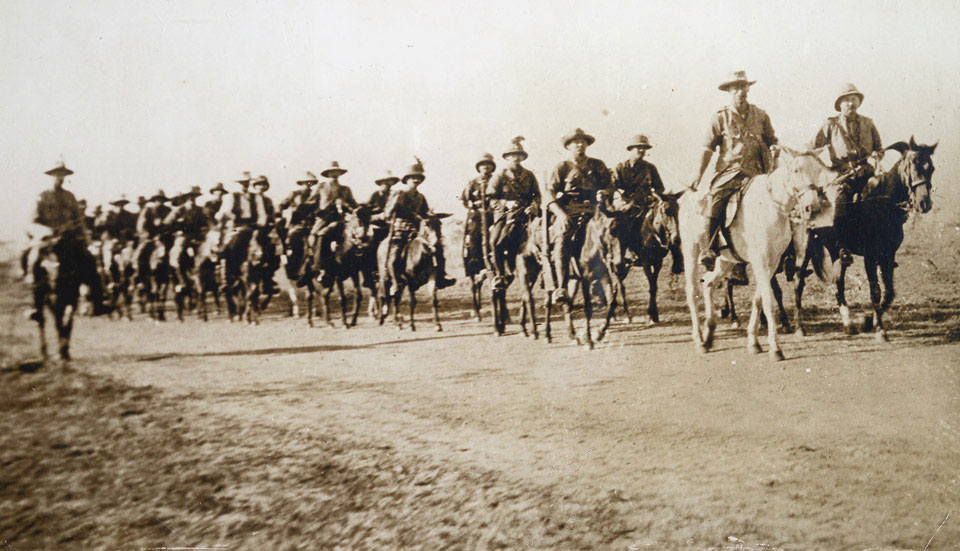 The East African Mounted Rifles was raised from the thousands of European volunteers in the British colonies of South Africa, Kenya and Uganda who flocked to the colours on the outbreak of war in 1914. A segregated unit, the Rifles did not allow black African enlistment. It fought in German East Africa (now Burundi, Rwanda and Tanzania) against General Paul von Lettow-Vorbeck's guerilla army. Note the range of uniforms on display - it was not until July 1915 that the unit was provided with standardized dress.